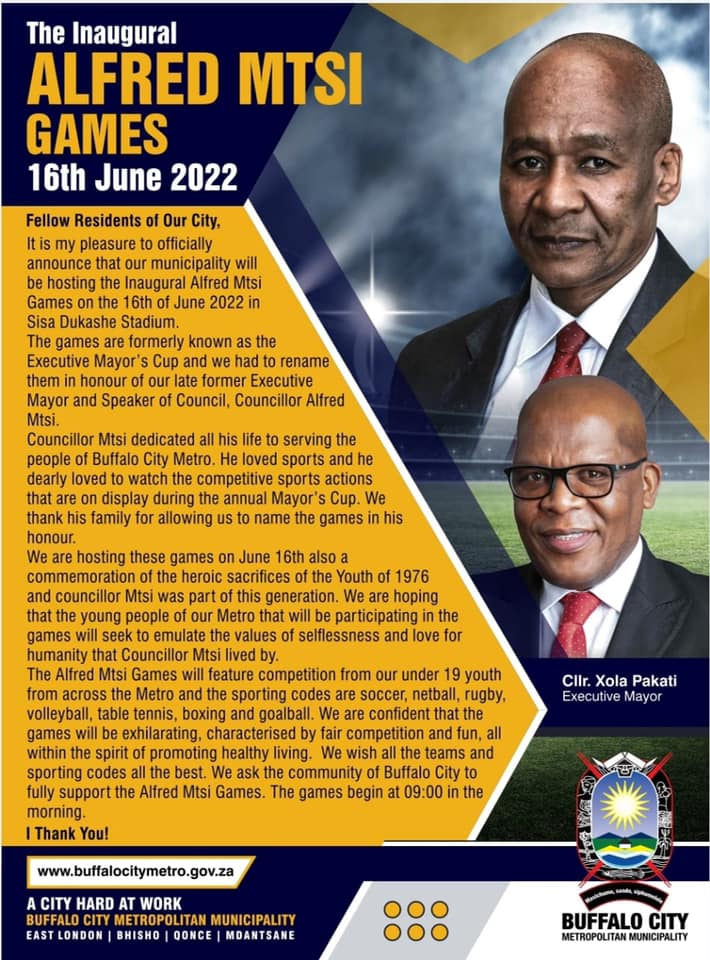 ALFRED MTSI GAMES TO BE HELD ON YOUTH DAY
The Buffalo City Metro will be hosting the Inaugural Alfred Mtsi Games at the Sisa Dukashe stadium on June 16.

Previously known as the Mayor’s Cup, this tournament has been renamed in honour of the late former Executive Mayor and Speaker of Council, Councillor Alfred Mtsi.

The Alfred Mtsi Games will feature sporting action from under 19s from across the Metro competing in soccer, netball, boxing, volleyball, table tennis, goalball and rugby.

“Councillor Mtsi dedicated his life serving the people of Buffalo City. He loved sports and he dearly loved to watch the competitive sports actions that are on display during the annual Mayor’s Cup. We thank his family for allowing us to rename the games in his honour,” said BCM Executive Mayor Councillor Xola Pakati.

Cllr Pakati added that there was significance in hosting the Games on June 16 as “it is a commemoration of the heroic sacrifices of the youth of 1976 of which Councillor Mtsi’s generation was part of”.

The Alfred Mtsi Games start at 09:00 and entrance is free.