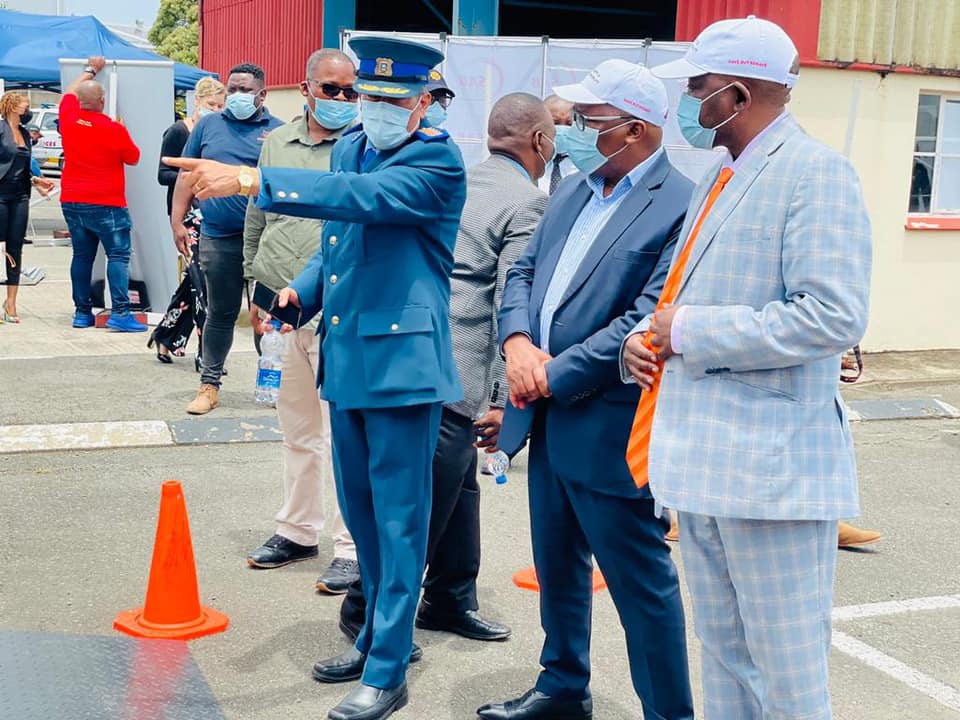 BUFFALO CITY GEARS UP TO DELIVER A SAFE FESTIVE SEASON CAMPAIGN
The Buffalo City Metro has been boosted by multi million Rands worth of donations ahead of its festive season safety campaign.

The confidence shown by donors to Buffalo City Metro traffic and law enforcement through state of the art donations is going to make a huge difference this summer.

The Executive Mayor together with the portfolio head for public safety Cllr Sangweni Matwele also handed over road traffic safety mechanisms to beef up road safety awareness for this season to keep BCM resident and tourist safe during the summer.

The following donations have been received by BCM from the National Department of Transport, RTMC and SAB:

• The new Tactical Radio Network installed in the Traffic Vehicles

Executive Mayor Pakati said: “We are very fortunate this year that we have received multi million rands worth of donations from our national partners SAB, RTMC, DOT to enable Buffalo City to be more effective. These donations are a reflection of the confidence that these stakeholders have in our strictness, safety campaigns and brand.”

“One of the priorities I outlined yesterday was on the need to better cooperate with the South African Police Service and the Eastern Cape Liquor Board in order to monitor and close down illegally operating Taverns in many areas of our towns. Perhaps, it is critical to involve the South African Breweries in such a campaign.”

“We have also made an undertaking that we will come hard on drug dens and prostitution rings that are operating in certain places in the city.”

The units comprise of on-board computers, printers, cameras, equipped with all the technology found inside a standard Vehicle Testing Center. The MVTS will be utilized for testing vehicle fitness on the public roads.

The test is fully computerised and is takes still and hour to complete the test. The system selects a total of 64 random questions from a list of 1 200 questions on the system.

The pass rate of the test is still the same as the manual system.