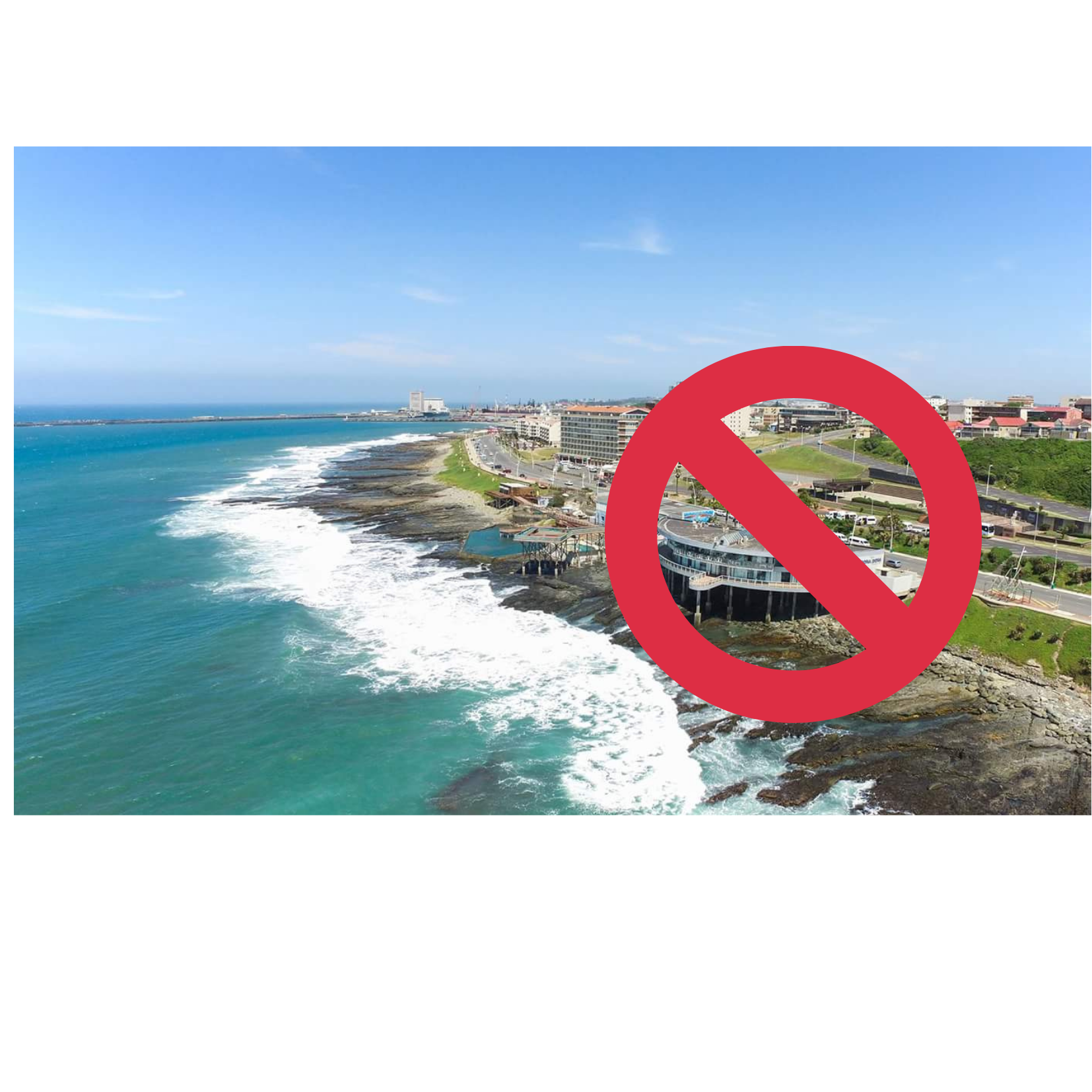 BUFFALO CITY METRO CALLS ON PUBLIC TO ADHERE AS CITY CLOSES BEACHES AND ENTRY ROADS
The Buffalo City Metro welcomes the decision communicated by the State President on the closure of all Eastern Cape beaches including Buffalo City, effectively today from the 16th of December.

We had already taken the decision to close all public facilities, halls, swimming pools and some of our popular beaches, like the Eastern Beach. The National Command Council’s decision is now enforcing us to close all the beaches in the East London coastal area.
We have since put barricades on all entry roads and closed the beaches in the East London coast.
The following roads are closed off to the public as from 07h00 on the 16th of December 2020 until further notice:
•    Bonza Bay road picnic area in Beacon Bay
•    Bonza Bay Beach
•    Batting Bridge picnic area by the River
•    Quinera camping site in Gonubie
•    Link road and Buffalo Park Drive towards Eastern Beach
•    Esplanade and Inver Leigh Terrance
•    Moore Street and Court Crescent
•    Gonubie Caravan Park
•    Nahoon Reef
•    Nahoon Caravan Park
•    Nahoon Beach

Leaches Bay and Kidds Beach will be monitored by the SAPS, Provincial and BCM Traffic Services. We will ensure that enforcement in terms of traffic patrol is enhanced.

Over and above this, we will be employing marshals to man some of the beaches, boom gates and barricades to ensure that the regulations are adhered to.
We have noted disappointingly a number of people that have been overlooking these rules and swimming despite the signs that are being put up, and roads that are being closed. We would like to urge the community to adhere to these regulations, and not swim in any of our beaches.
We would like to call upon people to put lives over fun, and to ensure that they do not take children to the beaches, and they do not go in any or near any of our beaches or remove barricades.
As a precautionary measure, we will also be sourcing additional lifeguards in the event that tragedies occur.
Furthermore, we are calling on all business establishments and event promoters to ensure that they adhere to the rules as set out in terms of gatherings. We are also calling upon the businesses particularly taverns and restaurants in the City to play their part in managing this crisis
As more businesses begin to operate under Lockdown Level 1, we call on all them to exercise caution, stick to the set numbers, ensure that staff and customers wear masks, that they screen everyone and enforce social distance.