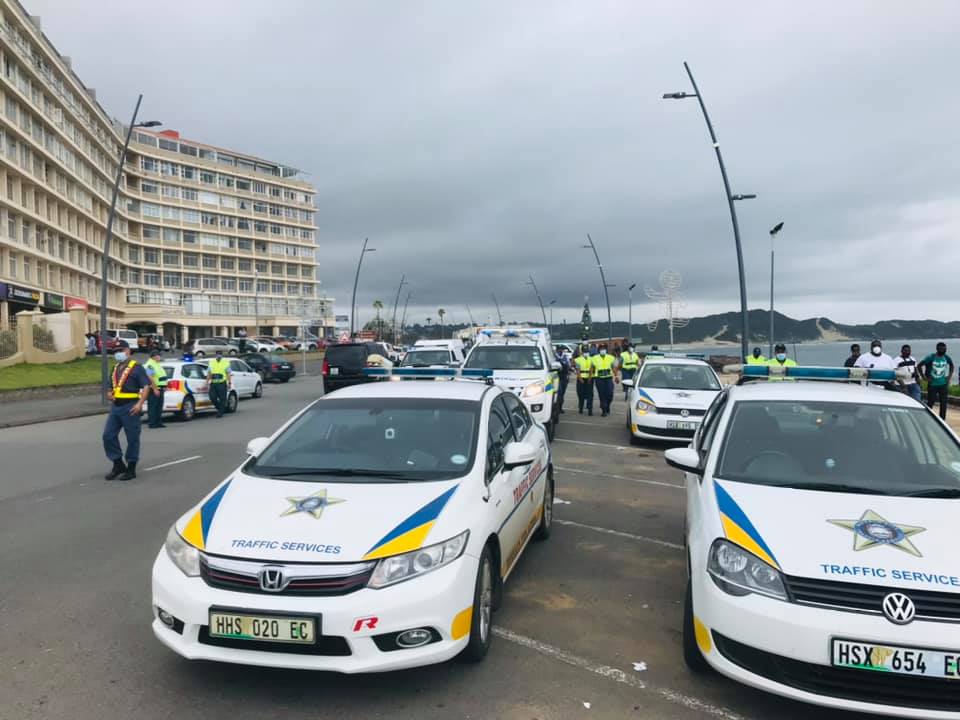 BUFFALO CITY INTENSIFIES OPERATIONS IN BEACHES AND ROADS
The Buffalo City Metro is intensifying it’s safety operations against transgressors in beaches and roads.

The Buffalo City law enforcement, traffic and the South African Police Service have identified hotspot areas as targets to conduct clampdown campaigns.
A roadblock was held today to conduct screening of vehicles and passengers on the R72 route towards Port Elizabeth.
The operation which was led by Executive Mayor Cllr Xola Pakati focused on vehicles which were checked on their road worthiness and ticket fines whilst passenger were screened and encouraged to wear their masks.
Thereafter a blitz was held on all the City’s beaches where cars and people were removed.
The Municipality will intensify operations throughout the festive season.