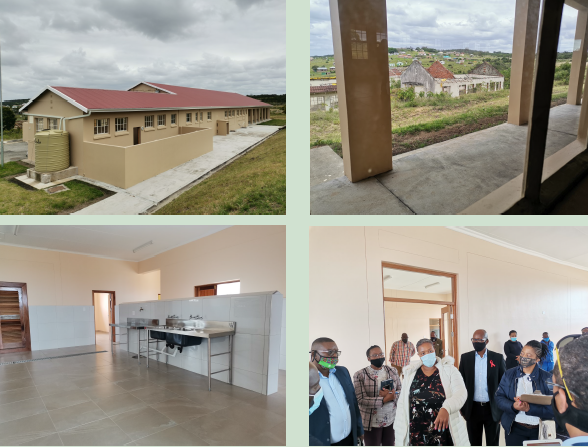 Sekunjalo trading centre renovated
Two blocks have been renovated at the old Sekunjalo Training Academy to cater for SMMEs in Ward 33.

The initiative between Buffalo City Metro and Service Seta will see SMMEs and cooperatives incubat-ed in the facility.
The type of the businesses that will operate at the centre include manufacturing SMMEs as well as a cooperatives that offer laundry services.
BCM General Manager for LED Xolelwa Majiza said : "This initiative will help the City address unem-ployment and skills development." Majiza added they will look for funding to renovate other buildings in the centre.
She also wants the community to take ownership of the centre to guard against the acts of vandalism. "It's always a challenge when the Municipality build resources like these and the community don't take ownership of something build to benefit them. We are not doing these for ourselves but to uplift the community, "said Majiza.
Talking at the site visit Ward Councillor Enoch Nelani said : "This is a turning point for the ward. With the high level of poverty and unemployment due to lack of skills for young people, this facility will help position the ward in skills development or even push the ward into the centre of the economy." Nelani also said:" This initiative has been long over due. We are happy with the intervention by Seta."
The facility was built by the Ciskei Government however it was vandalised.