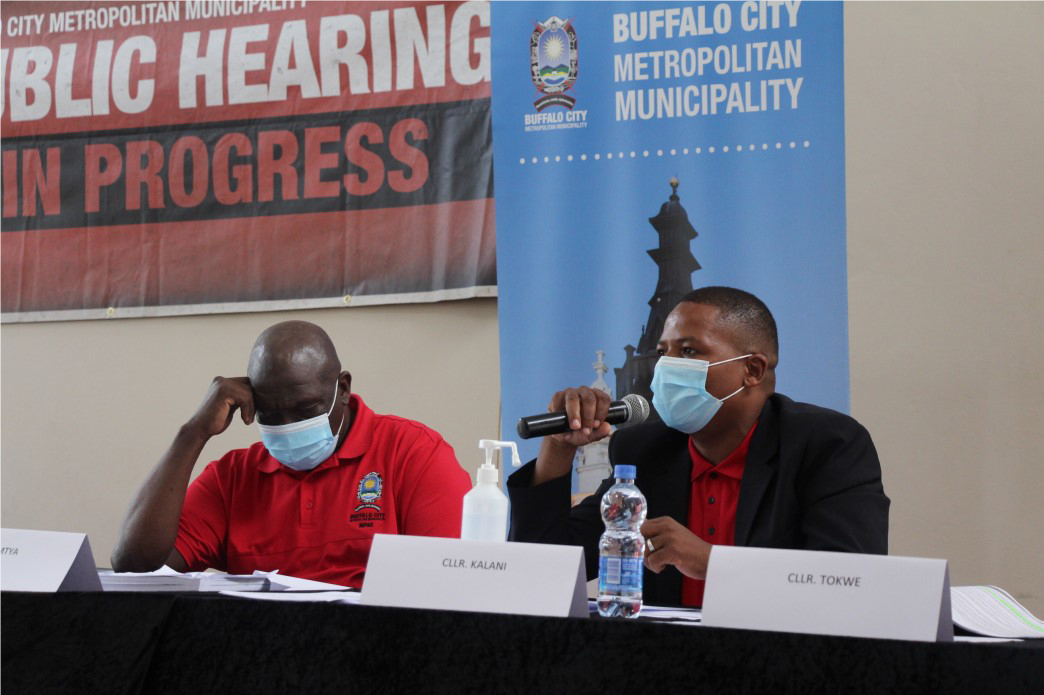 MPAC PUBLIC HEARINGS UNDERWAY
The Municipal Public Accounts Committee (MPAC) held two sessions of their public hearings on Wednesday 19 May 2021. The hearings were live streamed on the BCM Facebook page, where BCM residents were encouraged to tune in and engage the Municipality about issues of concern.

The issues discussed during the hearing include the progress of the rollout of the CCTV project, to which Portfolio Head of Municipal Health, Public Safety and Emergency Services Cllr. Amanda Mnyute explained, “Phase one of the project in King Williams’ Town has eleven sites, ten of which are completed and connected to the King William's Town Traffic offices. The one site was hit by a truck at the entrance of King William's Town."

The other issue raised was how regularly the water is tested in the city to ensure good quality water. Infrastructure Services ensured the committee and residents that BCM water is tested regularly on a weekly basis. Residents were also encouraged to use the BCM Whatsapp as a platform to engage the Municipality during the livestream.