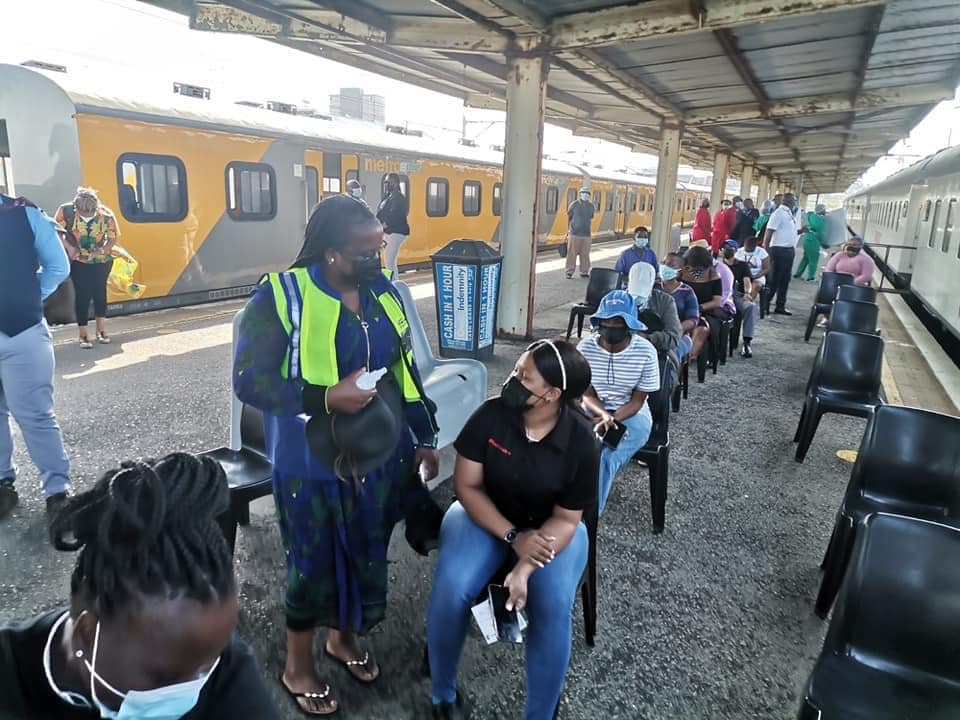 VACCINATION TRAIN ARRIVES IN BUFFALO CITY
The Transvasco vaccination train has arrived in the Eastern Cape and has started it’s operations at the East London train station.

The train will be based at the East London station and will move to the Mdantsane Mount Ruth station on 04 October.
This health train was launched by Transnet and its focus is to bring Covid-19 vaccines to remote communities and those with limited medical resources around the country.

The Transvaco train is modelled on the Phelophepa, which has been offering rail-based healthcare services across South Africa for almost 30 years.

The new train is equipped with ultra-cold fridges to handle temperature sensitive vaccines and can hold up to 108,000 vials.

It’s first stop was in Springs, Gauteng, and now it has finally come to the Eastern Cape where it started in Gqeberha and is now in Buffalo City.