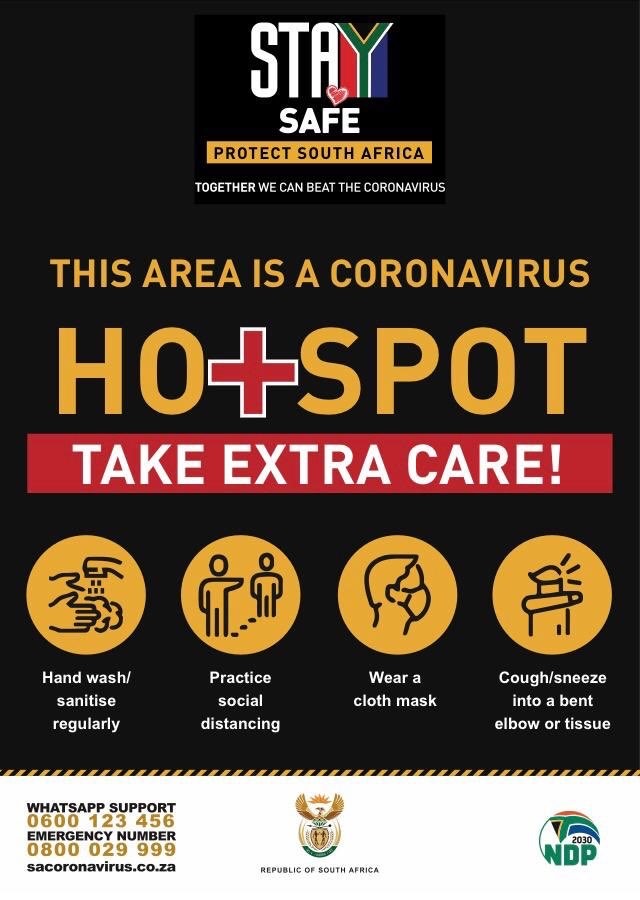 METRO REITERATES CALL FOR CITIZENS TO ACT RESPONSIBLY FOLLOWING REPORTS OF NON-ADHERENCE
The Buffalo City Metro is reiterating the call to its citizens to act responsibly and adhere to level 3 lockdown regulations following reports that regulations are being flaunted.

The Metro has been declared as a corona virus hotspot area due to its high infection rate.

We commend the efforts by the SAPS for arresting and clamping down on a social gathering in a King Williams Town home over the weekend and for ensuring that those breaking the law are arrested and fined.

It is hoped that this is going to send a strong warning to the people across the Municipality to act responsibly.

We also call on liquor outlets operators, particularly those operating townships, to adhere to lockdown regulations and not sell alcohol outside the days that are not stipulated.

Social public gatherings are not allowed under level 3 regulations and the risk of a massive increase in infections is now greater than it has been since the start of the outbreak.

Since the lockdown, law enforcement authorities have conducted operations in 263 liquor outlets ensuring that regulations are implemented.

Our operations also reveal that in the last week of May we have conducted 25 checkpoints between and have conducted 782 vehicles stop and searches, screened 5656 vehicles and visited 14 Liquor outlets.

We will intensify this during the lockdown level 3 period and we are calling on members of the community to continue alerting us whenever regulations are breached.

Even though religious gatherings are permitted, we will enforce the law if the regulations which stipulates that only a maximum of 50 congregants with strict health and hygiene are not allowed.