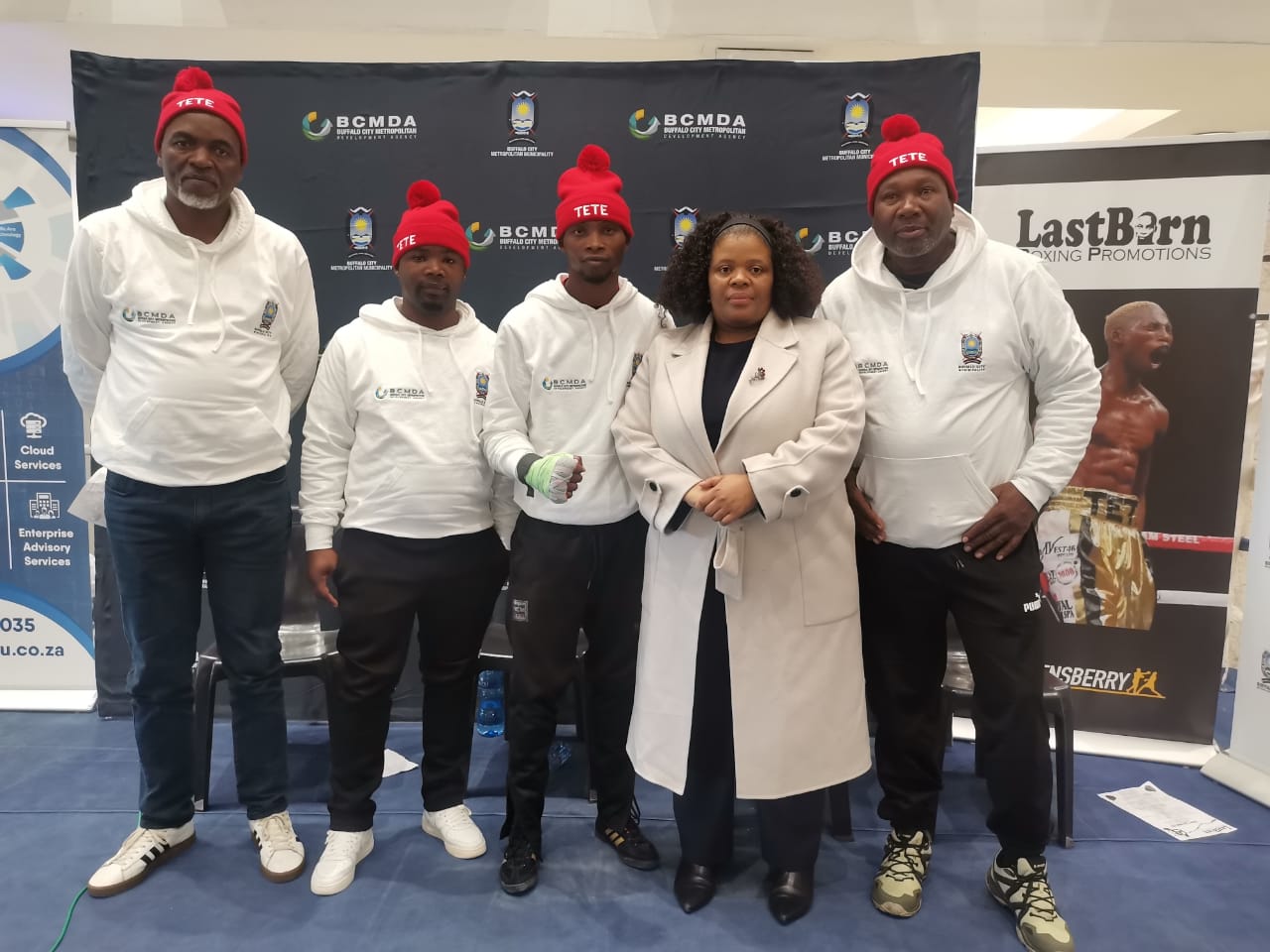 Tete will be taking on Englishman Jason Cunningham in an IBF International and Commonwealth junior featherweight title bouts in a Queensberry Promotions event at Ovo Arena in London on 02 July 2022.

The fight against Cunningham will mark Tete's return to Frank Warren's fold since his stunning knockout loss to Filipino Johnriel Casimero in 2019.

Deputy Mayor added that the City made it a point that it supports the champion by offering him a sponsorship to    ensure    that    all his needs are taken care off.

The send off prayer was held on Thursday, 23 June 2022 at Mdantsane City Mall.