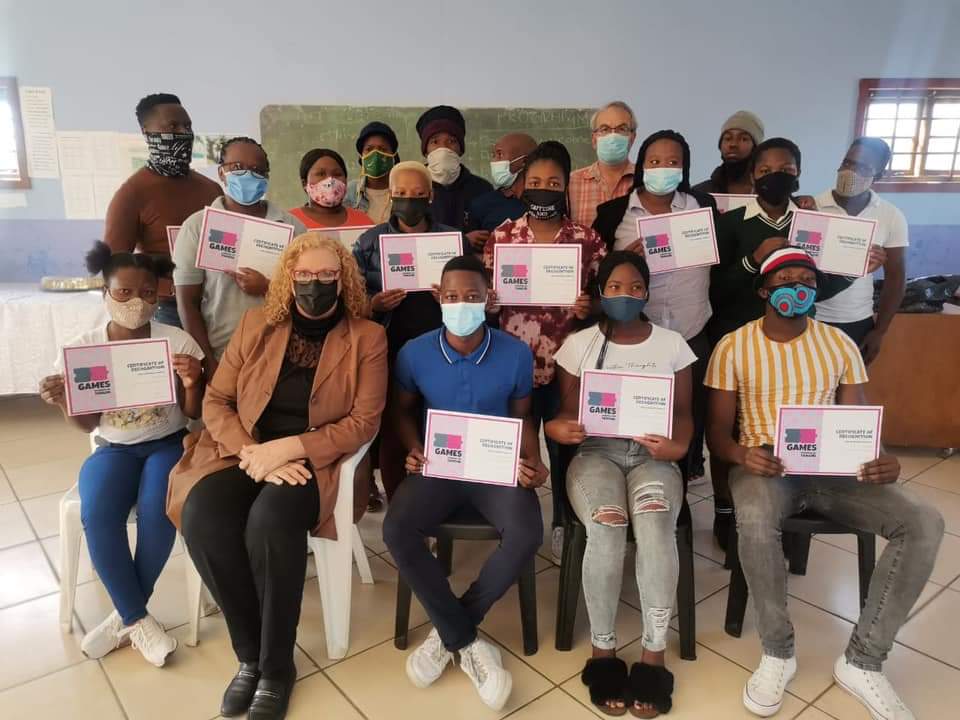 MZAMOMHLE YOUTH LEARN ABOUT CODING AND GAMING
On Thursday 10 June, they were awarded with certificates after they completed their workshop in computer programming in Mzamomhle Location, Gonubie.

This is part of a national initiative that started in 2017 to skill young people with  coding and programming.

Professor Jean Greyling from the NMMU said that the programme is in line with the government's drive of introducing coding and robotics in schools and its 4IR initiative.

However, he said there are challenges with the fact that teachers are not trained in coding and most schools do not have computers labs.

“With the initiative we use smart phones and we are training  young people to became facilitator so that they give back to their communities by teaching others the basics.Already there has been a coding club here at the centre (Lilitha Centre)," said Greyling.

He added that the are plans to take the group of young peole further  to more coding course.

Speaking at the centre the Deputy Executive Mayor Helen Neale-May said: "This is agreat initiative for young people especially those that did not have funds to further their education to aquaire some valuable skills. It is great to see the enthusiasm shown by the group and wanting to learn with the availability of funds the programme will definitely continue."