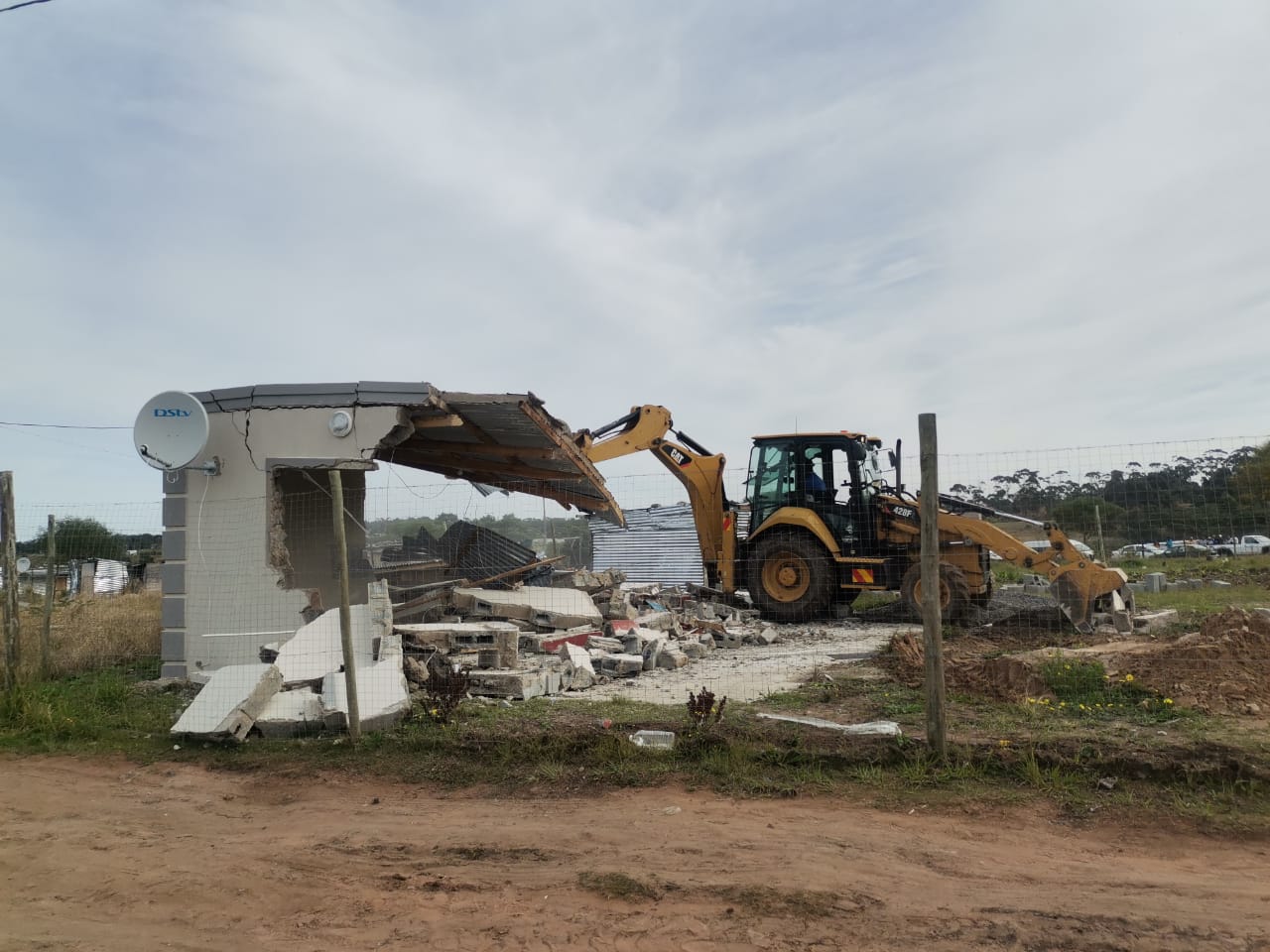 METRO CONTINUES TO BATTLE LAND INVASIONS AS 13 BUILDING STRUCTURES GETS DEMOLISHED
The Buffalo City Metro is still battling land invasions in the West Bank area despite carrying out several meetings and raiding operations.

The Municipality is sending out a strong warning that land invasions will not be tolerated.

Today, the City conducted a joint operation at the Westbank Restitution area dismantling buildings and shacks whilst confiscating material and retaining it for safekeeping.

About 13 structures affecting over 70 people were demolished today as part of the operations.

The land invasions are part of the major challenges that is a stumbling block in the land claims related to the Westbank restitution area.

As per the court order, it mandated the Metro to exonerate 88 invaders in line with the requirements of the Act, however following political interventions, a further 231 persons were incorporated.

Negotiations were then entered with this community that there must be no land invasions and no further structures must be built, particularly brick and mortar.

Unfortunately, these negotiations and the court order were undermined. Land invasions impact negatively on Municipal plans, put strain on service delivery and inconvenience nearby residents through illegal electricity, water etc

The Municipality is aware that there are syndicates who are misleading people by charging them fees and encouraging them to occupy land illegally.

The Municipal operations are continuing and as the Metro we want to ensure that there is no land invasion taking place in the Westbank area as per the court order that has been granted by the East London High court.