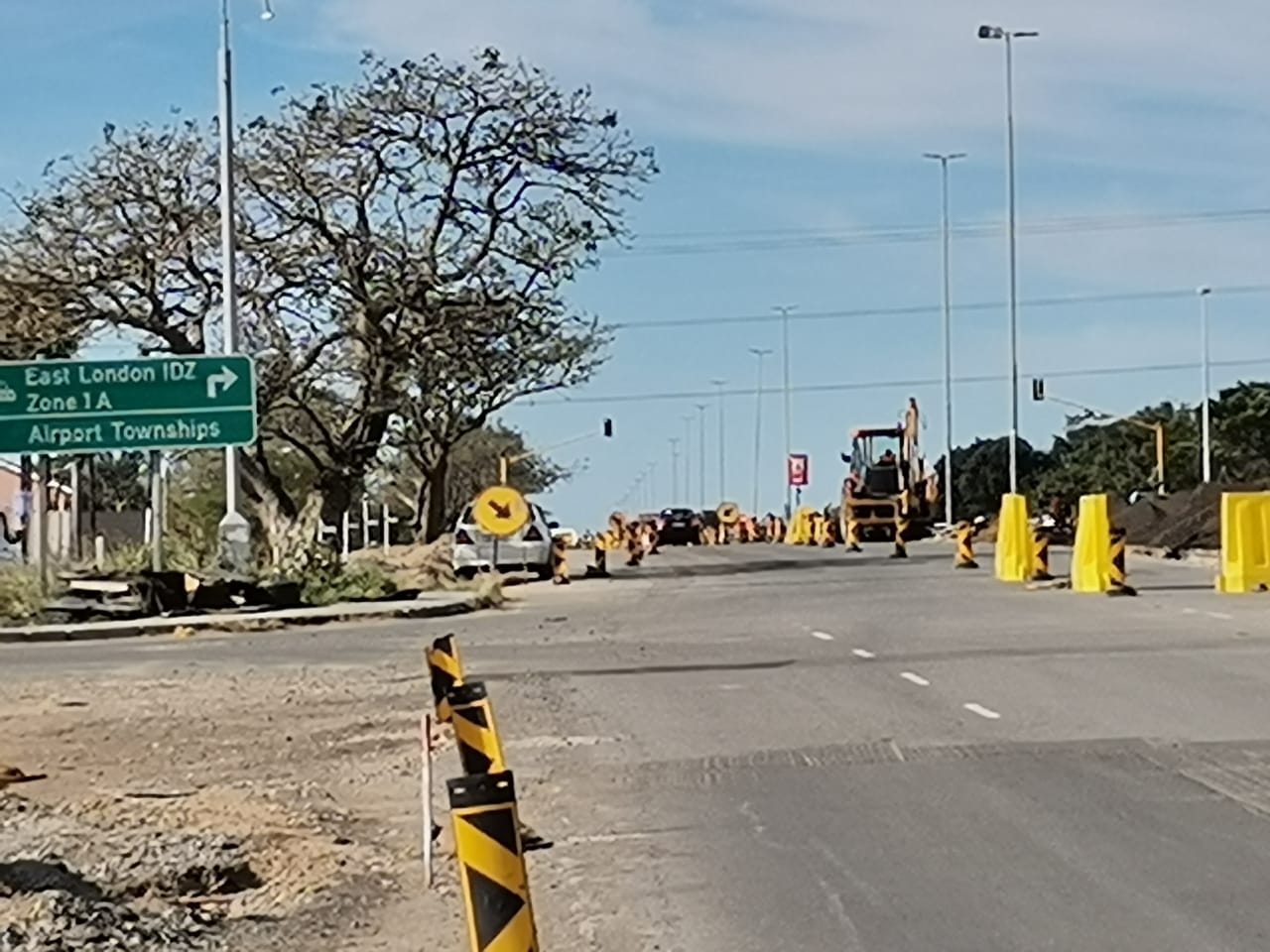 AIRPORT ROUTE WELL ON TRACK
Progress on the construction of the route towards the King Phalo Airport is well on track.

Construction involves the Setter’s Way which consists of a total of 7.6 kilometres and starts from the airport intersection up to the Fleet Street police station.

The other portion is the Military road which is 2.3 kilometres. The road is being improved and additional lanes will be added.

The estimated duration of the project is 22 months even though it has experienced 56 wet weather days in the last 9 months, it is still well on track to be completed by July 2023.

Executive Mayor Pakati said he was pleased with the progress thus far as the project was very important to the development of the City.

This multi million rand investment project is not only aimed at expanding the strategic route to the King Phalo Airport but to also accommodate investment plans as announced by Mercedes Benz.

Also this harbour route leads to the East London Industrial Development Zone, the current construction of the Waterwold project and upcoming housing developments on the western side of our City.