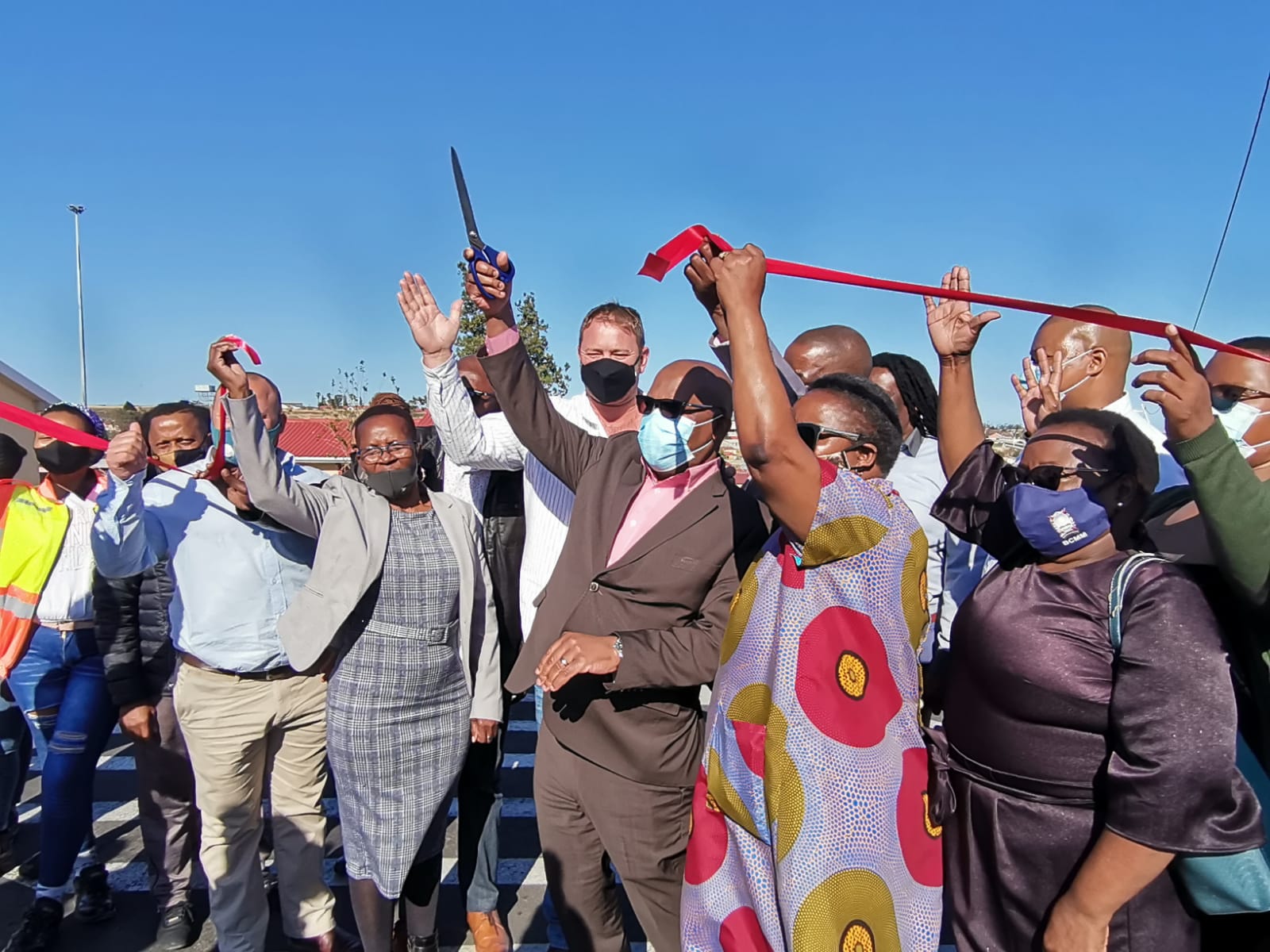 The entire Qumza Highway project is earmarked for an upgrade of a 4.21-kilometre roadworks starting at the Mdantsane City Mall Main entrance to the Sasol Fort Jackson Garage. The current contract has a total length of 2.67 kilometres from Mazidlekhaya Intersection - NU 12 to Mdantsane City Mall in NU 6.

Om Thursday, 3 September Pakati together with Member of the Mayoral Committee and Portfolio Head for Spatial Development Pumla Nazo was onsite to officially open the second phase of the Qumza Highway roadworks upgrade.

“We are happy about the fact that this project was finished on time and that the quality of the work done is visible for all to see,” he said.
“This project should serve as a benchmark for all our projects in that it ticked all the boxes including its social responsibilities and that is something that was reflected on by members of the Mdantsane community without us influencing them,” Pakati added.

“We are hard at work to improve our City and change the face of townships like Mdantsane and this project is will unlock a lot of socioeconomic possibilities. This section of road is being upgraded to alleviate traffic congestion and improve the safety of road users.”

The existing road was a single carriageway that is 6.8m wide and has been upgraded to a 16m width with two traffic lanes in each direction and a barrier median.
The roadworks includes the accommodation of traffic by deviating traffic on local parallel roads and the maintenance thereof during the contract, removing of existing surfacing and existing layer works, removal of existing cross drainage pipe culverts at km 3+500 and 2+150 and the construction of new portal box culvert (either pre-cast or cast in-situ). Widening of the road prism (cuttings and fills) to accommodate a four-lane traffic configuration including 1.5m sidewalks at either side. Construction of minor earth retaining structures at relatively high fills to avoid the earthworks footprint to affect existing property boundaries, construction of intersections, street lighting, installation of road furniture including guardrails, road traffic signage etc.

The project started in September 2018 for a contract duration of 30 months. The total length of the project is 2.670km and 1.740km of road between the Mazidlekhaya Intersection - NU12 and Mdantsane Crossroads - NU 9 was completed in December 2019.

The other section of road from Crossroads NU 9 – Mdantsane City Mall (0.970km) was completed on the 11 August 2020. The whole project is complete and has been opened to traffic.

Employment opportunities created through this project include 102 local labours were employed throughout the duration of the project while there were 24 SMME that were appointed and worked on the project.

As part of Stefanutti Stocks Community Support Development, they provided the following items were provided based on the needs that were requested by the Project Steering Committee (PSC) - two containers for a Crèche in Dongwe, Wards 17 and 20 were provided with 100 food parcels each ward, Wards 21, 30 and 48 with 10 laptops and 10 printers each while the taxi association were given 1000 masks, 1000 face shields, 1000 sanitizers and 1000 gloves.