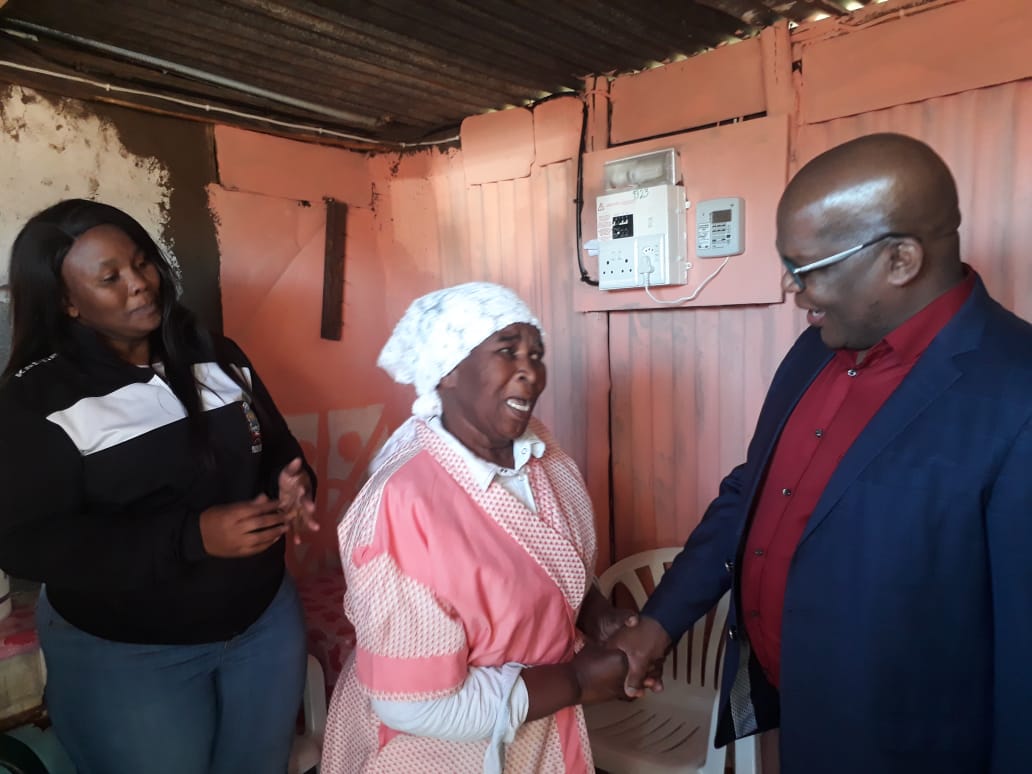 Kanana Shack Electrification
As part of the build up activities for the State of the City Address(SOCA), the Executive Mayor Xola Pakati officially launched the Kanana shack electrification project on Tuesday 9 July.

The project is part of the Metro's plan to eradicate illegal connections by electrifying shacks in Buffalo City Metro. 183 homes in Kanana informal settlements have proper electricity to help decrease the death toll of people dying as a result of illegal connections, including innocent young children which has costed the Metro a substantial amount of revenue and damage to infrastructure. Speaking about the project, Pakati said, "It is our duty as the Metro to put an end to illegal connections.We are happy because the community members of Kanana are here as you can see and they are thrilled about this initiative." 18 local labourers and community liaison officer have been employed from the Kanana Community for the duration of the project. The project was completed on the 30th June 2019, which includes all testing, registration and commissioning. Giving words of gratitude Nosimithi Thembani Klass who is one of the beneficiaries said, "Thank so much Mr.Mayor, I am so happy that you fulfilled your promises of installing electricity in our homes. We are grateful."