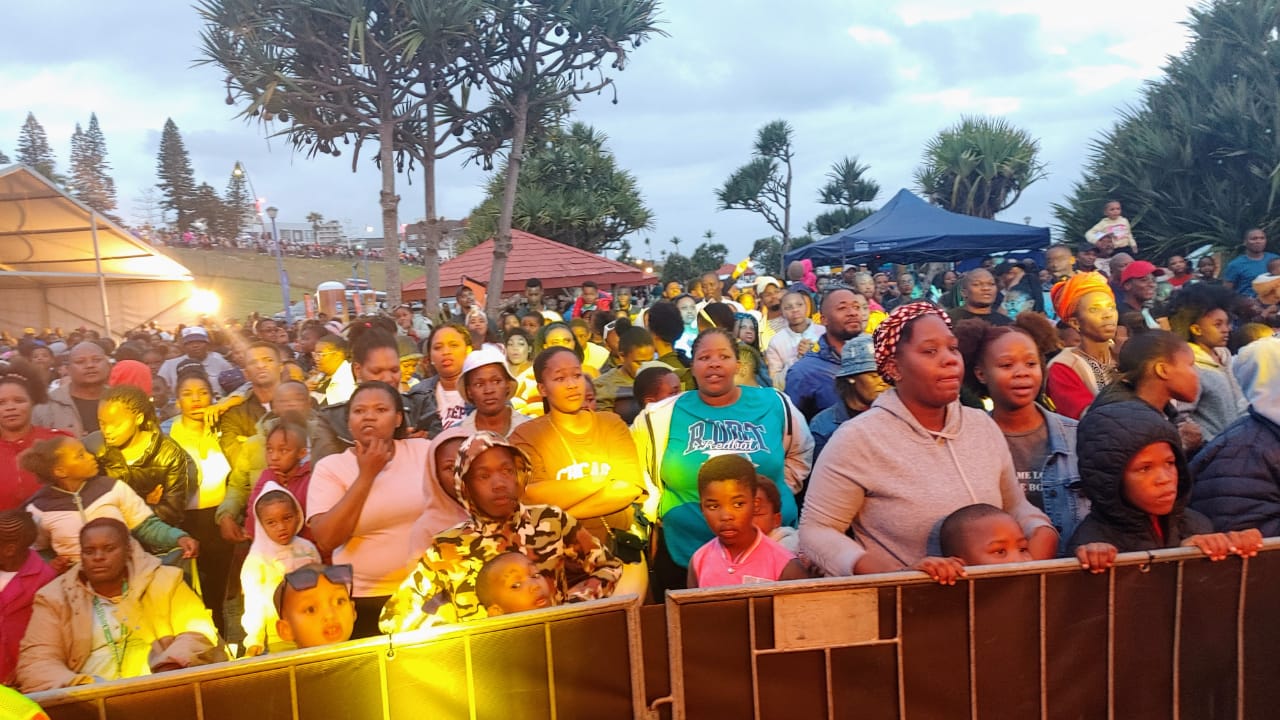 CM STATEMENT ON SUMMER TOURISM BOOM: BETWEEN NOVEMBER 2022 AND JANUARY 2023
The Metro has enjoyed one of the most successful and well attended summers, post the Covid-19 pandemic, signifying recovery in the tourism industry. The City has approximately 1100 tourism businesses. Over 80% of tourism businesses in Buffalo City are SMMEs. There are approximately 8000 beds in the City that can cater for tourists and most of these were fully booked on major long weekends this summer.

The highest concentration of these beds are in the Quigney, Beacon Bay, Gonubie and eQonce. The beauty with our tourist attractions is that 36% of the businesses are owned by previously disadvantaged individuals. The average occupancy rate in the City before COVID-19 was 63% and in this summer, we achieved an over 90 percent rate.

In terms of who visited us, our top three domestic markets for the City are Gauteng, Western Cape and Free State and in terms of those from overseas, our top three international markets for the City are Germany, the United Kingdom and Netherlands. The Metro has identified tourism as one of the key economic sectors of our region and BCM had an total tourism spending of R3.94 billion in 2019 with an average annual growth rate of 6.1% since 2009. Our tourism employs approximately 9700 people. And this summer thousands of casual jobs were created.

The number of visitors grew significantly in the last two months and initial calculations and estimate projections up to 31 January 2023, suggest that the combined local and outside visitors to the City is well over 400 000 with an estimated spend that is worth hundreds of millions. We are hoping that by the time we tally the final total figures, the spent will be close to a billion rands as there are January activities like the ANC national hybrid conference and the influx return of the tertiary student population back to the City. We rolled out the red carpet for thousands of visitors who came and descended upon our warm and sunny shores for the past December and the plans that we put in place have enabled us to pull through a memorable season.

There are many factors that contributed to this and we cannot rule out the fact that beach closures experienced by other Cities, were not to our benefit. The other factor is climate change as in the last few years, we tended to experience a rainy November / December periods but lately we seem to be recipients of a sunny December. In preparation for this summer season, the Metro set up two committees, one for tourism and events management and the other for safety and security detail with a very robust road safety and crime prevention programme.

This committee was led by the South African Police Services. In both areas we have excelled. Tourism establishments were ready, and we offered training for frontline staff for businesses and conducted an empowerment workshop on hygiene, bylaws for outdoor hawkers including the mamas that braai at ebuhlanti. We also met with all event organisers and took them through on what to do in order to deliver safe events and this time around, we did not come in as a sponsor but as a partner in making sure that the necessary compliance issues are adhered to, which led to incident free events.

Furthermore, we supported most of our events in-kind through wavering and rendering services like traffic, policing, fire and disaster management, venue management, marketing events on our social media platforms and these costs, including our staff overtime, were incurred by the Metro. We prepared our beaches well in advance, testing water quality and cleaned our swimming pools which added to the many attractions that were on offer for our visitors. Our cleaning teams also made sure that every morning, our beaches were cleaned.

This summer, we have been targeting on retaining the domestic local tourists so that they do not leave the City whilst we were attracting those from outside. There is also a new phenomenon, that is now becoming a signal of our City summer and that is “own” events. Interestingly, these own events or Imigidi which is the homecoming ceremonies of initiates also took a vibrant twist with some having national artists and becoming real entertainment events.

With the tough economic conditions and the previous experiences of Covid-19 isolation, people are opting to organise local events / ceremonies / gatherings. These are well organised cultural “migidis” some of which were held in hired venues with professional setups (marquee, decorations, sound systems, flower arrangements, catering services and entertainment). From our side, we set the tone by officially opening the summer season with the switching on ceremonies where we featured local talents and also headlined with national acts like Mobi Dixon, Yanga Chief, Amanda Black to perform. There was no cover charge.

Furthermore, the Metro decorated the City with world class lights to enable our people to experience a summer par excellence at no cost. These experiences are priceless and the returns on such investment cannot be equated. The family activities at Esplanade road (George Walker Parade) is amongst the main key popular spots in the City which attracts thousands of people and the parade is packed every night and not even rainy days were able to stop families from experiencing our light deco and train rides.

The number of people that visited the George Walker Parade was between 8000 to 10 000 per night, with number of train rides recorded at 2000 on good nights and at 1200 on ordinary nights. It has been noted that other people were coming from outside the City just to experience these activities. In Gonubie, the kiddie’s fun fair was another activity that attracted families with different types of activities to experience.

Tourism establishments ranging from accommodation (including our own two resorts) and restaurants were booked to capacity and so were local clubs/ taverns/ flea markets. So, all the all the major events in the City were competing with such. Overall, majority of the accommodation establishments were at 100 % capacity from 30 December 2022 to 2 January 2023, and the capacity was at a better percentage on the weekend of the 16 December. We are now getting to a stage whereas the Capital of Fun in South Africa, we are not being defined by major signature events, but by multiple intimate and exclusive pompous events.

This is an exciting period in our City, and one that event’s organisers should embrace and adapt to. Our City is now trending on which cultural event was buoyant and more parents are opting to send their children to the bush in summer than winter in order to host their families in December. One of the direct beneficiaries of these cultural events is the local creative industry (fashion / traditional clothing for imigidi’s) and they have been proven to be amongst other businesses as beneficiaries.

Our beaches recorded thousands of beach goers, with over 10 000 people descending on our shores over the New Year eve weekend. We estimate the number of people to have visited our beaches during this last two months of November and December to be in the region of over 100 000. We are still putting in massive investments in the form of the Water World, the beachfront Esplanade Park and the Airport Settlersway route which will see our City opening up to a much more wider international market.

Most of the flights to the City were fully booked and this is one area that we would like to improve upon where we can make available more domestic flights, and more domestic travel quality trains to match the booming bus and taxi long distance travel industries. In terms of lessons to take to the future and improve upon, as the City we are working with product owners where we will re-launch competition and prizes for visitors. As part of the Tourism Recovery Plan, the Metro is revisiting its Events Sponsorship Programme to improve seasonality.