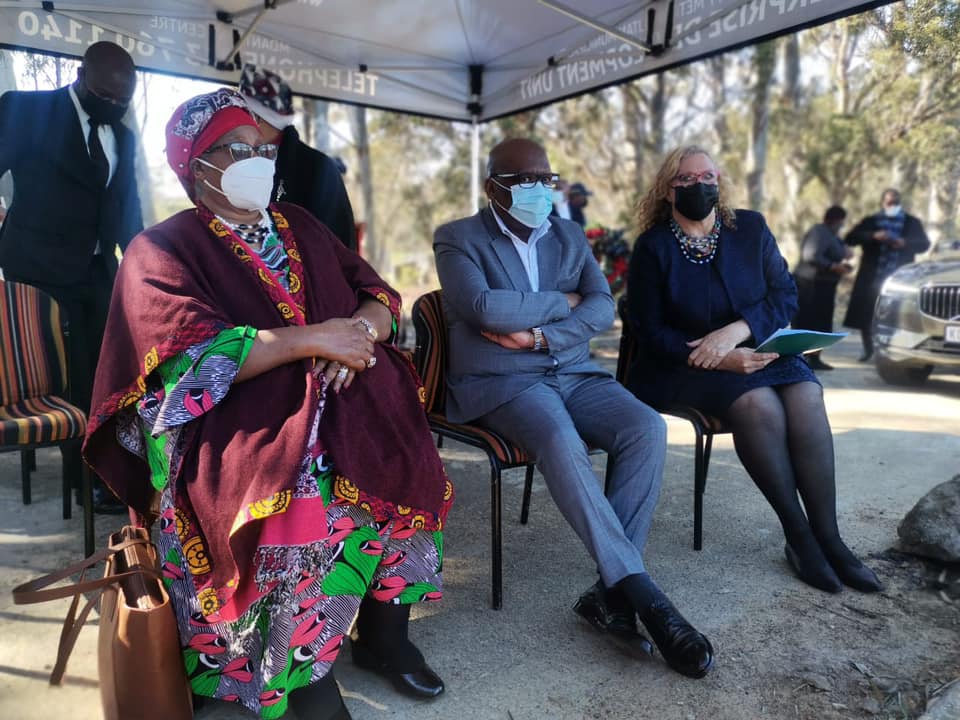 Together with the leadership of the City led by Executive Mayor Cllr Xola Pakati, she laid a wreath at the gravesite of Kadalie in Cambridge Cemetery.

Clements Kadalie (1896-1951) was South Africa's first black national trade union leader. He headed the Industrial and Commercial Worker's Union (ICU) from its inception in 1919 until his resignation as national secretary in 1929.

A wreath laying ceremony is a traditional practice during which funeral wreaths are laid at a grave or memorial site. It is done as a formal sign of respect towards a particular tribute.

Dr Banda will this afternoon deliver a lecture as part of the commemoration of South Africa’s women’s month celebrations.

The lecture will be held at the East London City Hall under the theme of women leadership in Africa.