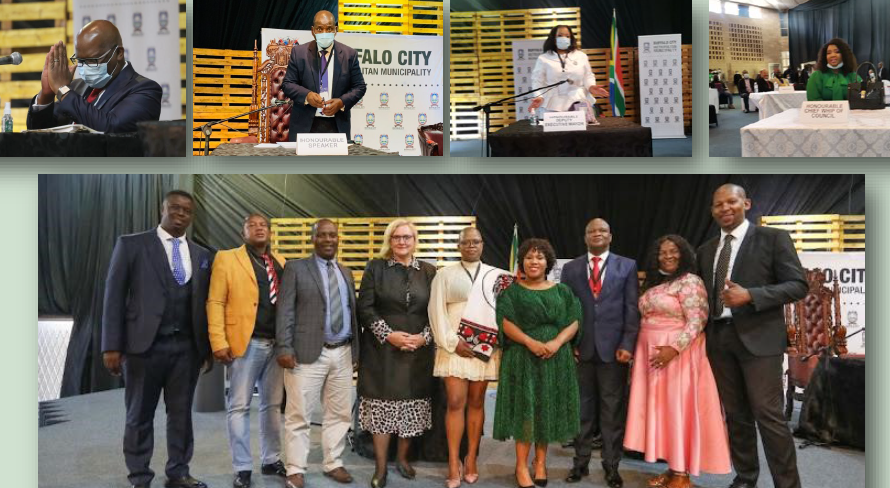 The City Manager, Andile Sihlahla was the presiding officer chairing the meeting and the swearing in of 99 Councillors.

On this sitting he also presided on the election of the Speaker of Council, Cllr Humphrey Maxhegwana, the Executive Mayor, Cllr Xola Pakati, the Deputy Executive Mayor, Princess Faku and the Chief Whip, Cllr Sixolisiwe Ntsasela.