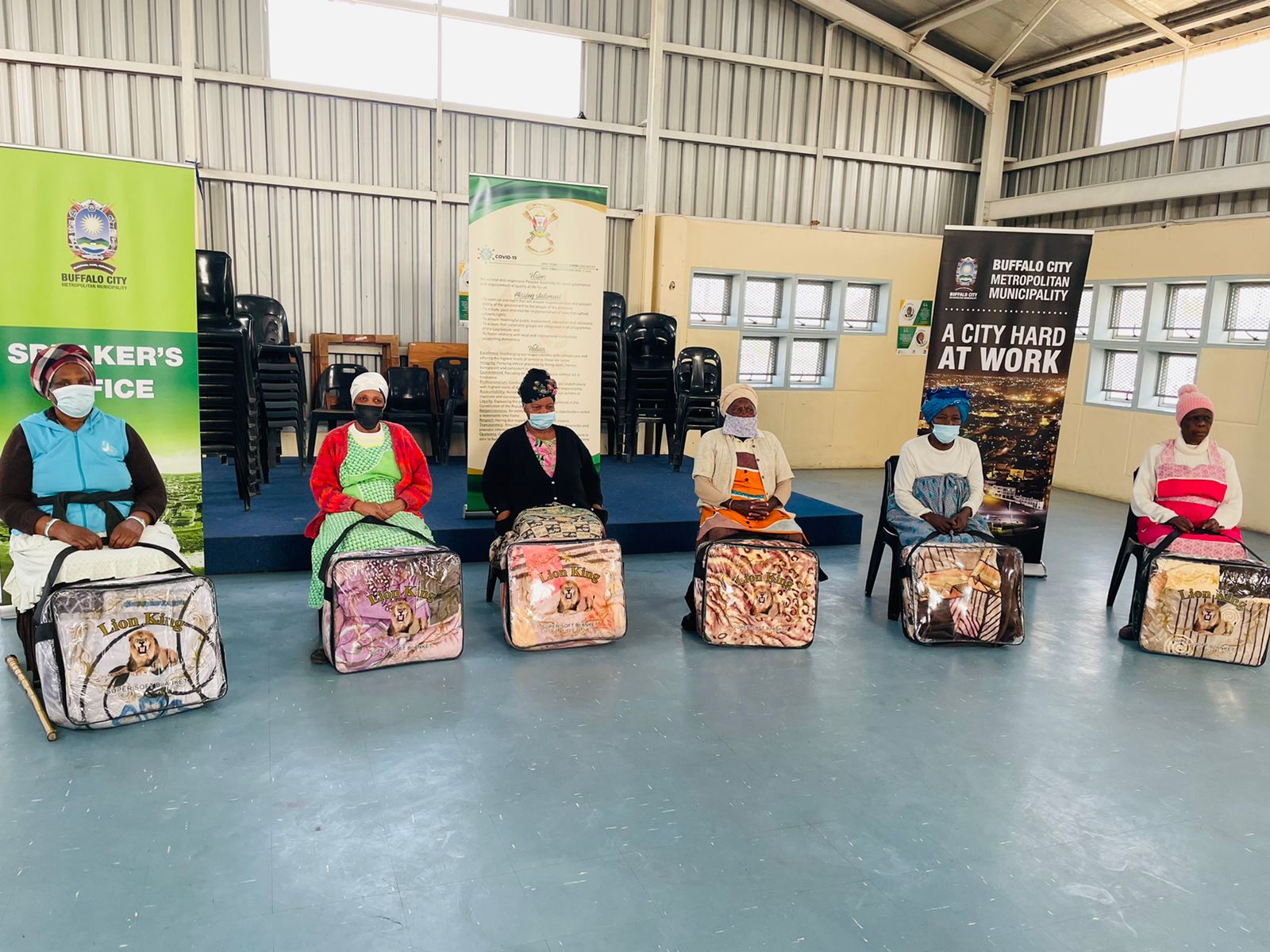 67 BLANKETS FOR 67 MINUTES OF GIVING BACK
In commemorating, Mandela Day the Metro together with the Eastern Cape Legislature handed over 67 blankets, sanitizers and masks to five shelters in the City.

The activities were held in commemorating Nelson Mandela Day which was on July 18.

Speaking at the Victory Shelter for abused women Member of Parliament Sindiswa Gomba said that the month of July is set aside to honour the former President of South Africa Nelson Mandela.

“We continue his legacy of giving and showing care towards one another by giving 67 blankets today to 67 vulnerable individuals of the City.”

Adding to that Office Manager from CMR (one of the shelters that benefited) said, “We house abused women and this gesture will show them that also the leadership of the Eastern Cape cares for the needy and vulnerable.”

The day was concluded by the Speaker of Council Humphrey Maxegwana said that the day represents what the former president stood for. “The programme is success-ful and are happy and still love the late statesman and we are happy to have shown care and love to these communities, we will culminate the programme by painting the Mzamomhle Clinic.”