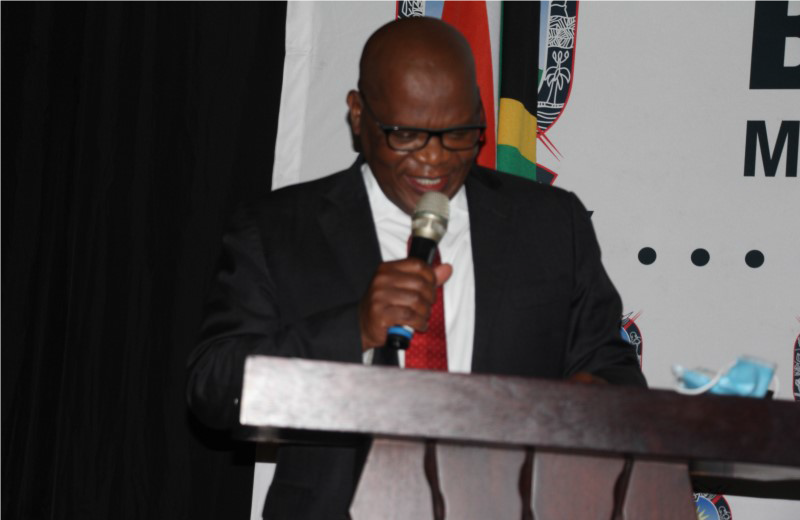 AFRCA DAY OBSERVED IN HONOUR OF CLEMENTS KADALIE
Economic Development and Agencies Buffalo City hosted the first Africa day in the form of a social cohesion dialogue and Clements Kadalie Memorial Lecture at the East London ICC on Tuesday, 25 May 2021.

Speaking under the labour movement as the tool of consciousness Cllr. Pakati said: “We are here to give respect to one of our own who was the of ICU in 1919, he contributed greatly in trade unions and organisations fighting for freedom generally in South Africa. Today this is a day to commemorate Africa Day and remember him as a political activist in the region. There is a lot that we need to do as Africans, we must not be a continent that is dependent on others for survival and so that we can grow our economy as a continent.”

Kadalies’s grandson Bruce Kadalie thanked BCM for honouring his grandfather on Africa Day. “We are deeply humbled to
be part of Buffalo City’s celebrations that claims one of its important sons. We as the Kadalie family cannot thank you
enough for showing appreciating the work of our grandfather. This means a lot to us a family.”