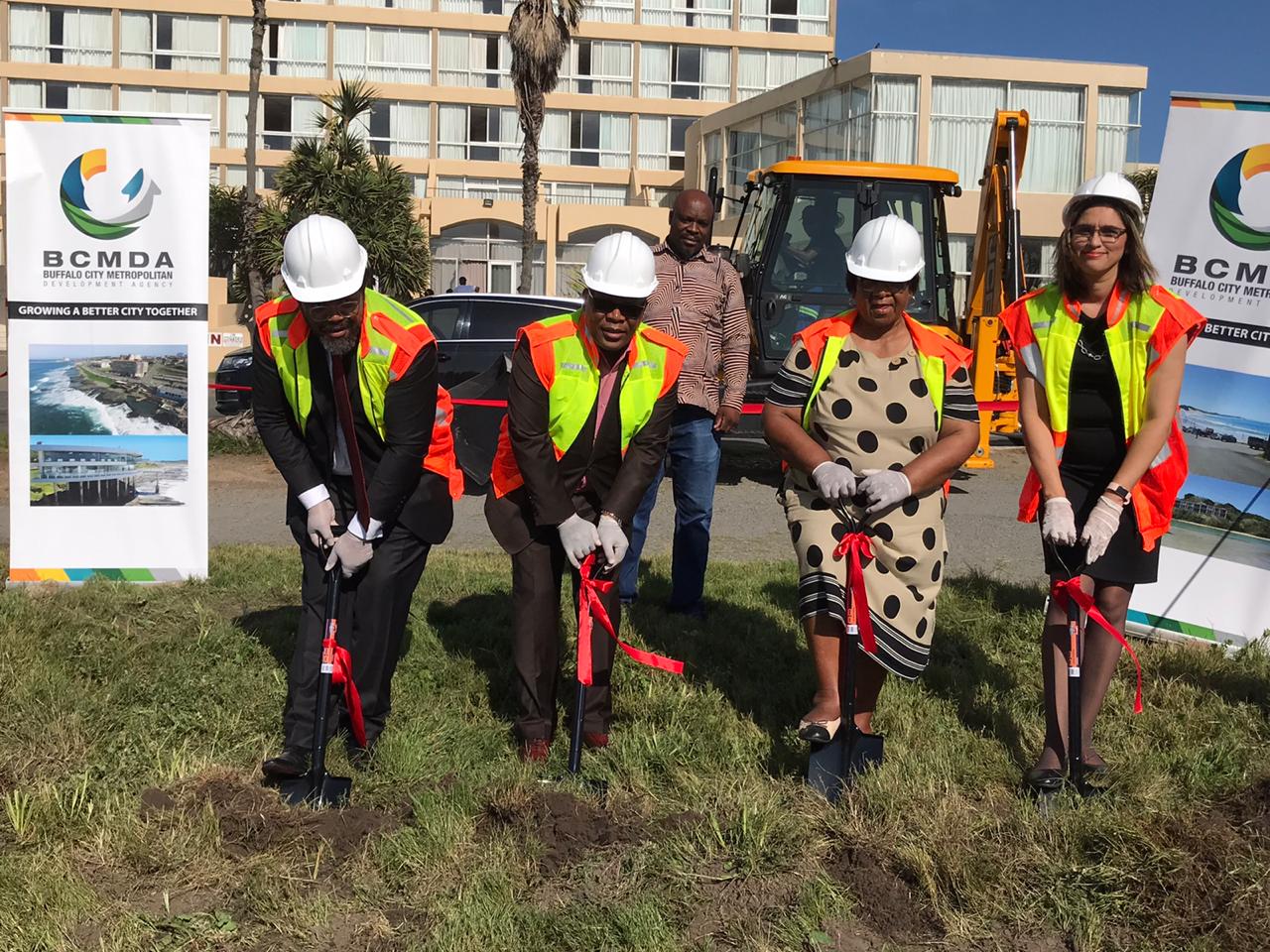 CHANGING THE FACE OF THE BEACHFRONT
The Buffalo City Metropolitan Development Agency on Friday 20 March 2020 officially launched one of its two flagship projects which is the Court Crescent Recreational Park in Ward 47.

This has been a long coming project as the Executive Mayor Xola Pakati in his State of the City Address announced that the work of the BCMDA is progressing well and this will be seen through the implementation of expansion and upgrading works at Court Crescent and Water World in this financial year.

The appointed contractor went into site in February this year.

Welcoming the crowd in the launch Ward Councillor Vusumzi Njece said: “We were given a clear mandate to develop the City and this development here is one of many to follow, this is just the beginning. I welcome you all in my beautiful ward.”

Speaking at the launch Executive Mayor Xola Pakati said: “This is going to be a recreational facility that will beautify the City that will be a prominent that changes the face of the beach front to make it look better like any other coastal town in the world.”

“It will consist of a park, braai facilities as well as places of leisure. The contractor has fenced the space, this will be followed by the excavation and finishing off the rest of the work,” said Pakati.

Giving a brief description about the recreational park the agency’s CEO Bulumko Nelani said: “We are today doing a sod turning of this development, the purpose is to turn this area into a place or a spot where people can entertain themselves.”

The project is said to be 18 months long at a budget of R87 million, it is approximately 24 hectors and is entirely owned by BCMM.