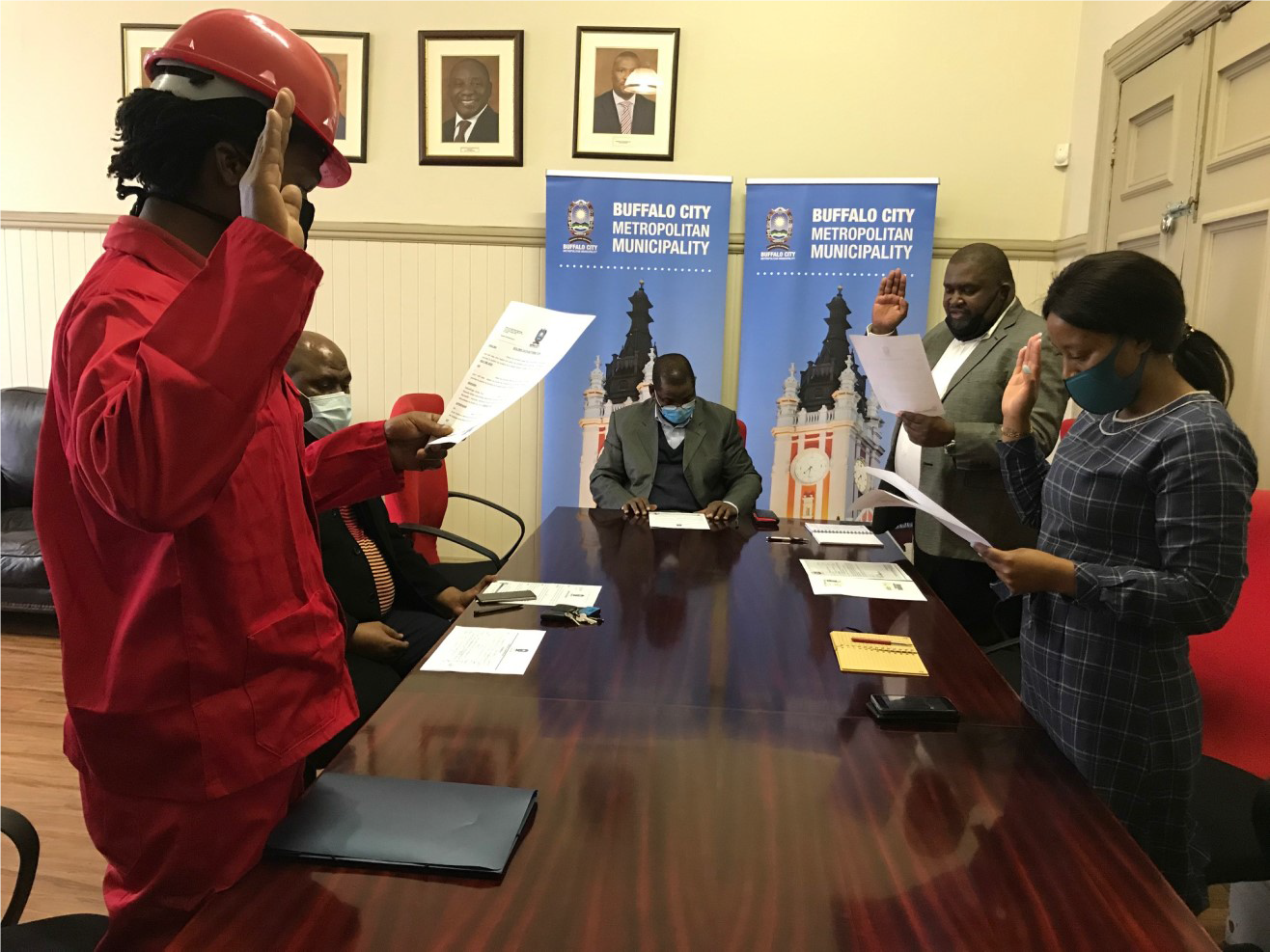 NEW COUNCILLOR SWORN IN
Councillor Simphiwe Libala was sworn in as a new councillor in the Buffalo City Metropolitan Municipality on Tuesday 01 September 2020.

Welcoming the new councilor Speaker Humphrey Maxhegwana said, “You have been given an honor by EFF to come represent the people of BCM, this role comes with many responsibilities such as, to come and assist members of your party, opposition and fellow councillors in a manner that the lives of the residents of BCM change for the better especially in service delivery."
“When oversight is done we become government officials in order to ensure there is no corruption in govern-ment members and as well as accountability."
The swearing in took place at the Speaker’s Office at the East London City Hall. Libala is replacing Athenkosi Mgijima.