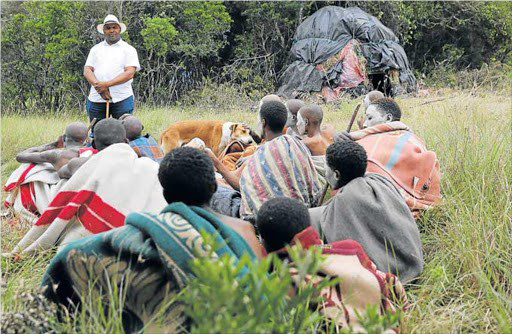 An observation has been made that City Employees are implicated by illegal practices and such a call is being made to sensitise parents to ensure that their children are in a lawful and dignified manner.

Police are cracking down on illegal practises as part of Customary Relations Practise Act; 21 cases have been opened in various parts of the Eastern Cape Province mainly for unlawful circumcision of underage boys.

Five arrests have been made with two parents and two traditional surgeons in Nyandeni LM. 11 death has been reported in Cookhouse and an inquest has been opened.

The Chairperson of the EC House of Traditional Leaders Nkosi Mwelo Nonkonyana encouraged traditional leaders to remain vigilant against the increase of illegal amabhuma in their areas.

He added that as custodians of culture, customs and tradition traditional leaders must be at the forefront of implementing the Customary Initiation Practice Act. No.5 of 2016 without fail.

“We regret the increase in cases of unlawful circumcision. This is in breach of the age limit of 18 years for boys to undergo the customary practice.”

“Those who break the law must be arrested and be prosecuted,” said MEC Nqatha.

For further enquiries don’t hesitate to contact Mr Kenneth Kodwa from the Office of the Speaker on: 0834399559