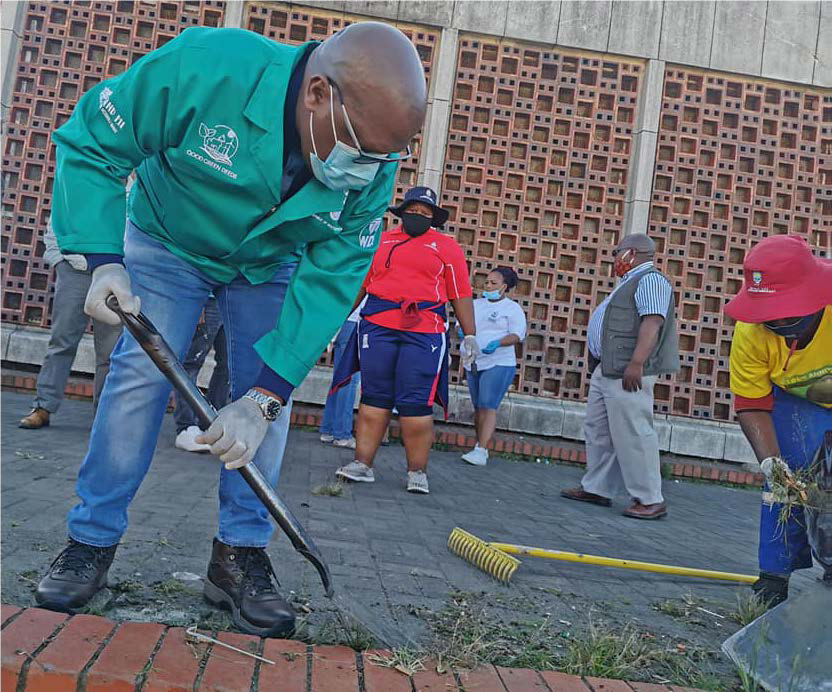 MAYOR PAKATI PROMISES... A BETTER TOMORROW
"Tomorrow will bring more joy." These were the concluding remarks by the Executive Mayor of Buffalo City Councillor Xola Pakati when delivering the 2021 State of the City Address under the theme Hope, Resilience and Recovery, A City Hard at Work. Pakati was accounting to residents of the M

The Metro’s Development Agency has since been undertaking development initiatives namely the Water World Upgrade and Expansion, Court Crescent Development, Integrated Beach Front Programme, Inner City Safety Programme, Business Improvement Districts and the Mdantsane Eco Park Upgrade. These have created over 600 stable jobs.
In making the City viable and investor friendly, more efforts have been made in rehabilitating roads and transport infrastructure. “When we assumed many thought the stop-start construction that had been happening at Fleet and Oxford Streets will continue; we arrived, we upgraded and widened the roads and they are now convenient transport route for all in our City," he said. “We surfaced internal roads in Mdantsane as part of the R444 Million roads upgrade project and this work is continuing.”

In June, Pakati officially launched the R460 Million Settlers Way R72 and Military Road, a multi-million-rand project which is a 7.6 km stretch that seeks to upgrade the East London’s economic hub’s existing road Settlers Way from the airport intersection to Fleet Street. BCM has purchased its own road construction fleet in order to build internal capacity and to consistently maintain rural roads.
He also commended business investor confidence shown by both locally organised and informal businesses as well as international companies.

"Over the past four years, the Mercedes Benz South Africa investment in their factory expansion and a new plant to prepare for the W206 model has also contributed to the fairly consistent investment levels in the City. The company has invested R10 Billion in the city over the past 4 years in preparation to produce the new C-Class model which will run from this year to 2027.”

Over R630 million have been spent on upgrading and refurbishment electricity infrastructure to ensure reliability and consistency of supply.