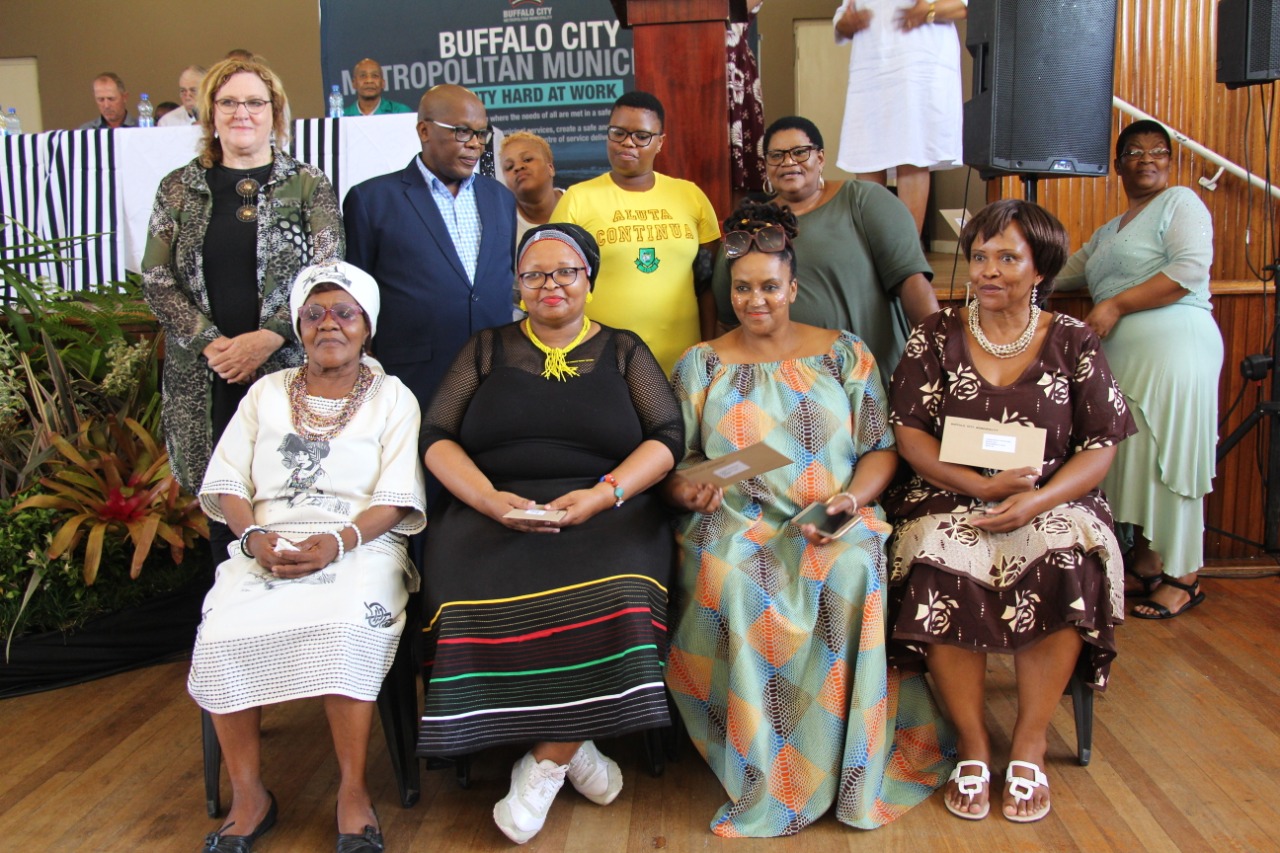 Grants In Aid handover
Buffalo City Metro Executive Mayor Cllr Xola Pakati together with the Grants-In-Aid Steering Committee led by Councillor Luleka Simon-Ndzele handed over funding worth R2,5million to 144 Non-profit Organisations across the Metro on Friday 21 February 2020 at the Cambridge hall.

The organisations were approved for funding by BCM Council based on the recommendations made by the GIA Committee in different categories.

The initiative began in the 2001/02 financial year and funding provision was made to different categories which include Early Childhood Development Centres, which forms a large number of the applications, Welfare organisations, HIV/ Aids Support Groups and homebased organisations as well as Arts & Culture.

When the initiative started each organisation was supported by R1000 then the amount increased to R10 000 over the years considering the kind of organisation and the number of people.

Welcoming guests at the event Councillor Roy Angelbeck said, “We try to give everyone a piece of the pie in all 50 wards of the Metro. However, not all wards are the same size so we try to get every ward to benefit.”

Speaking at the event the Executive Mayor Xola Pakati said: "We command the role you play in our society. I have notice that this hall is full of women which is something we should always appreciate as we know the role the women and mothers play.”

He also mentioned that If it was possible the City would increase this fund every financial year so that it can cover a large number of organisations.

One of the representatives from NPOs said, “WE are really happy to receive such an incentive from the municipality. This will help benefit our OVCs and help improve the environment we work in.”