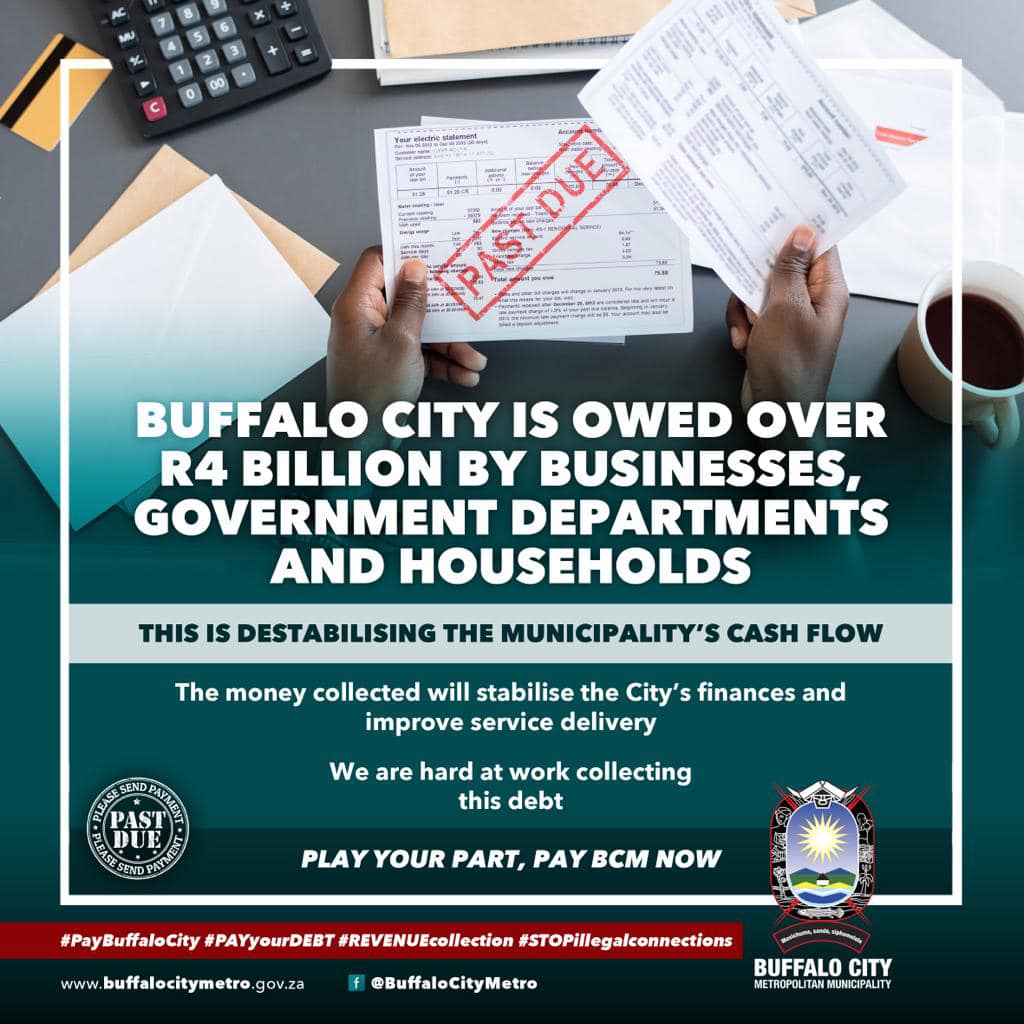 BUFFALO CITY METRO EMBARKS ON AN AGGRESSIVE DEBT RECOVERY CAMPAIGN
The Buffalo City Metro is embarking on a forceful debt collection campaign to recover the over R4 billion debt that it is owed.

The Metro is on record saying that it not meeting our collection targets due to non-payments by government departments, businesses, and individual households.

This has led to the Metro halting some of its capital and operating expenditures.

The Metro is now implementing the full credit control policy and its targeting all biggest and smallest defaulters.

The Metro has started with the full credit control policy which includes blocking consumers from purchasing electricity.

We are urging those that owe us to pay up and avoid penalty fees.