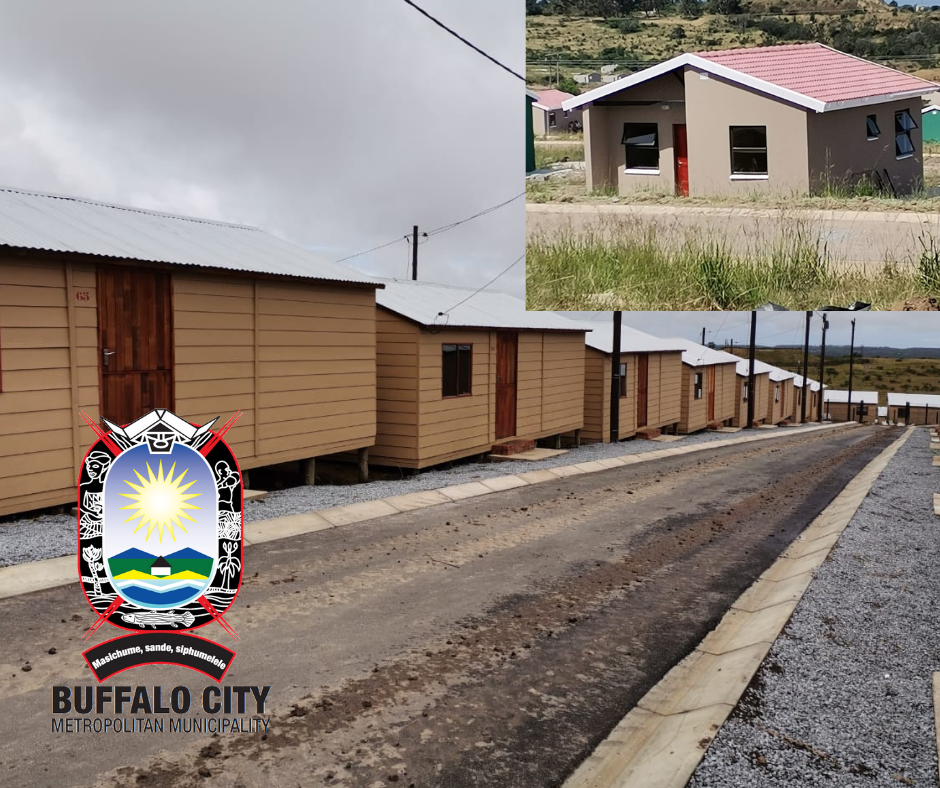 METRO CALLS FOR COOPERATION IN DUNCAN VILLAGE RELOCATIONS
The Buffalo City Metro is calling on people of Duncan Village to cooperate with the City instead of resisting the relocation process. The City is disheartened that there are people resisting to be relocated to the temporary housing site near the Mtsotso Cemetery in Mdantsane.

The relocation of beneficiaries is part of the de-densification of Duncan Village as well as creating space for future developments.

The beneficiaries that are being relocated to the temporary structures are approved for the Reeston housing project consisting of 2500 units which is currently underway near Mtsotso with Phase 1 of the project consisting 840 units.

Currently, there are 119 structures that have been erected near Mtsotso and ready to be handed over to beneficiaries.

We are prioritising the destitute meaning the elderly and vulnerable in this process.

The reports that there are people who are being forcibly removed are false.

The relocation process is a long consultative process that started years ago with the identification of beneficiaries to workshops on the overall project.

The relocation of beneficiaries to Mtsotso is going to take place in phases and it will be unfolding in the next few months.

We also want to make it clear that the relocation process involves the destroying of structures left behind so that BCM can build on those sites.

The people of Duncan Village deserve better and the Metro has taken measures to change the face of this informal settlement.

We are making a plea of cooperation, tolerance and cohesion in this common goal of improving people’s lives.

This is an urgent priority to create a habitable sustainable human settlement for this community.

In the meantime, we paying a close attention to issues of water and sanitation, issues of illegal dumps by servicing our stand pipes and toilets as well as insuring that there is electricity.

At the height of Covid -19 this was one of our priority areas where we distributed soaps, PPEs, fixing leaks and food vouchers to ensure that the pandemic doesn’t ravage the community.

Our message is very clear that we are not going to rest until the lives of the people in Duncan Village are transformed.

We are hard at work as government at national and provincial level that our people get see a permanent solution very soon in Duncan Village.