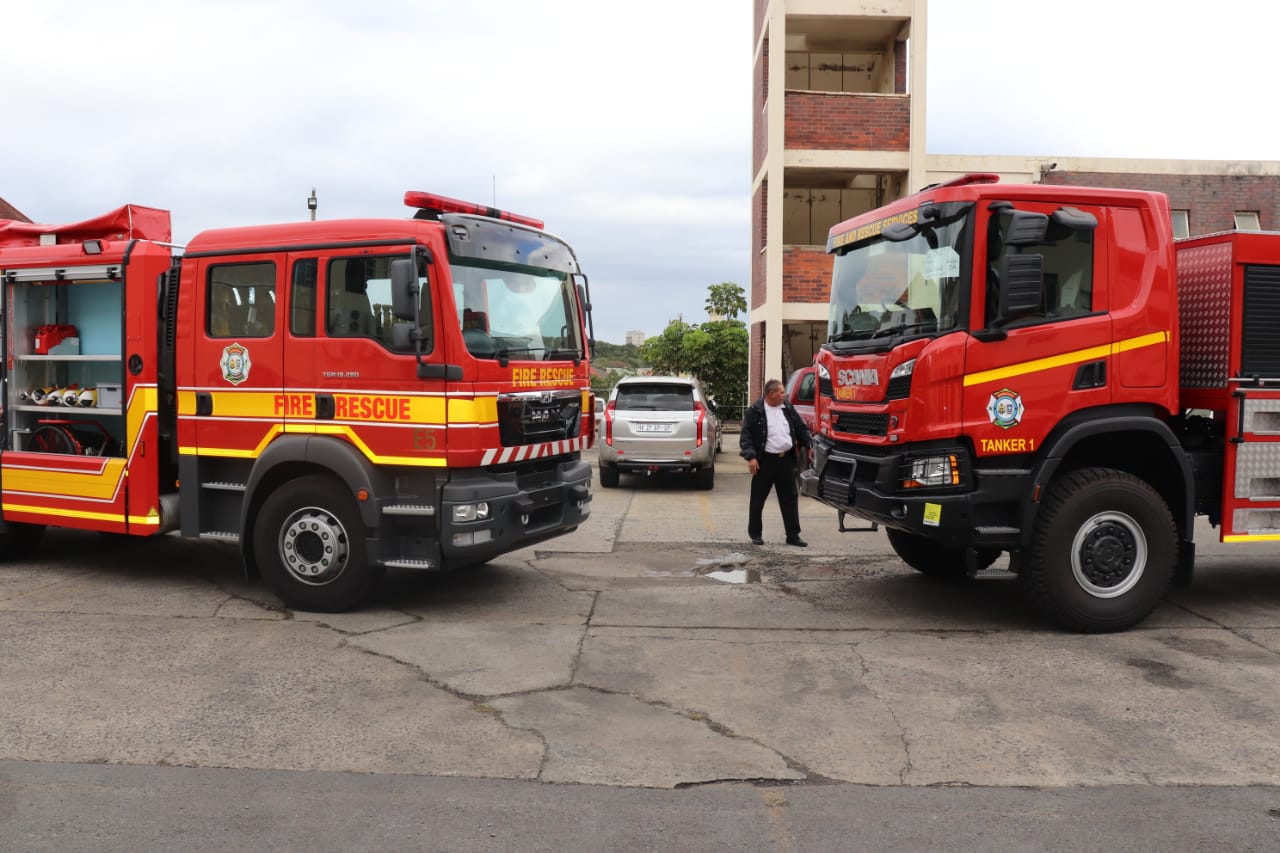 New Fire Engines for the City
The Executive Mayor of Buffalo City Metro took receipt of two new Fire and Rescue Services vehicles today which will significantly enhance our ability to respond effectively to emergency situations across the entire Metro.

The two new vehicles - a state-of-the-art new fire engine and a fully equipped water tanker â€“ were procured at a cost of R9.1 million.
These additions have boosted our emergency fleet to eight fire and rescue vehicles, which are stationed at Fleet Street, Mdantsane, Vincent, Greenfields, Gompo and King William's Town, respectively.
Two further vehicles are on order and will be purchased during the current financial year. These additional vehicles will be a great relief to our metro due to the fact that our Fire and Rescue Services are also responsible for major incidences in most of our neighbouring municipalities.
Portfolio Head for Public Safety and Security Amanda Mnyute welcomed everyone to the handover.
Delivering the purpose of the day, HoD for Health and Public Safety and Emergency Services Vuyani Lwana said, "Today we are here to receive the keys from the manufacturers so that we can carry on with service delivery."

Adding to that Chief Fire Officer Thembile Thompson said, " This is the second vehicle that we are receiving from the Rosenbauer Company, the first Fire engine was delivered to us in 2016 and the other two new fire engines will be coming next year in June. This is a great relief to the Metro, we'll be able to cover the most of BCM areas and we'll be able to take other vehicles for repairs," said Thompson.

Delivering his key note address during the handover Executive Mayor Xola Pakati said, "The two new vehicles that we are receiving today will assist the Metro to enhance service delivery and be able to utilise the old fleet as back up fleet and also give us opportunity to attend on the issues of the ageing fleet."

"We believe that these additional vehicles will be great relief to our Metro due to the fact that our fire and rescue services are also responsible for major incidences in most of our neighbouring municipalities as they do not have the capacity," said Pakati.