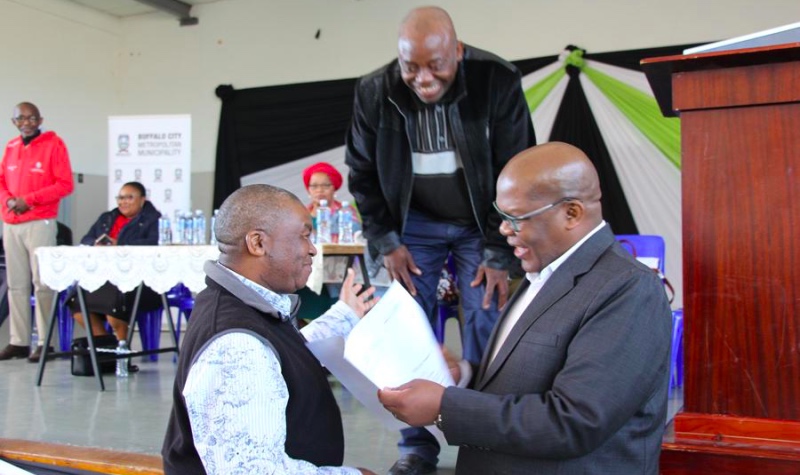 
Over 150 families received their title deeds in Mdantsane on Friday 06 July 2017 NU1 Community Hall. The Executive Mayor Cllr Xola Pakati handed over title deeds tobeneficiaries that have been living in sharing houses for years. Addressing the beneficiaries, the Executive Mayor said, â€œWe are here to correct the injustices of the past. Black people in Mdantsane did not own houses or property in the past, they were renting houses that belonged to the Ciskei National Independent Party.â€ Pakati further added that they were not doing favours when they do such things and that it is their duty as government to serve the people and ensuring that people in the society get the services they deserve. NU 6 resident Mphumzi Kawulela whose mother died waiting for her title deed said he was happy that he finally received the title deed. â€œMy mother would have been very happy to receive the title deed as she nearly lost the house to someone who had occupied it illegally.â€ Portfolio Head for Human Settlements,Cllr Nozandile Mhlola said that this was not the last batch of title deeds and that they will not rest until all deserving families get their title deeds.