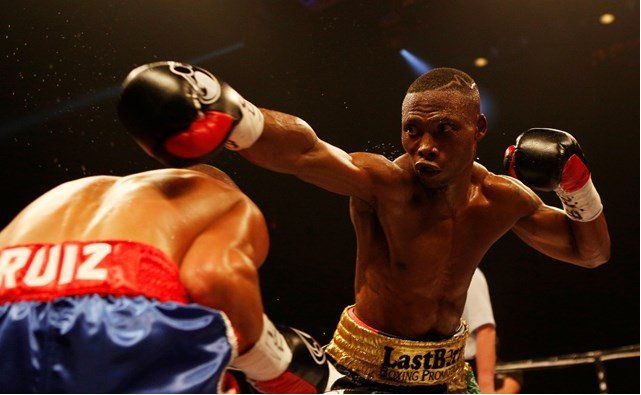 Zolani â€˜Lastbornâ€™ Tete is a South African professional boxer from East London, he was born and bred in Mdantsane to be exact.

He describes himself as a passionate young man that comes from a big family. Tete was born on 8 March 1988, he was born and bred in Mdantsane from NU 12.

He comes from a big family but his immediate family is small consisting of his mother, father, two sisters and brother Professor Tete.

Speaking about his love for boxing he said, â€œThe boxing bug bit me as early at the age of 8 years old. I was not allowed to do boxing together with my brother. So we would go to school and get dressed with our kit underneath our school uniform so our mother would not catch us. After school we would then sneak to a gym and then go home as if nothing happened.â€

He won the fight by one-punch Knockout Out (KO) in 11 seconds. He is now known as the only champion to have set a record for fastest KO in world boxing title fight history.

Sharing his feelings about the KO knockout the champ said, â€œThat was the realisation of everything I have ever dreamt of and worked for in my life.â€

â€œPeople telling me that I would be a champion, but I wasnâ€™t just a champion, I became a game changer and a world record holder that will go in the history books for all time.â€

He ended off by saying that, there is no one that can ever take that away from me. Even the worldâ€™s best were now talking about me. I was filled with gratitude and awe of Godâ€™s work in my life.

About Tete
The champ has faced many obstacles in his career, he took us through them saying that coming to this point in his life he faced some challenges but among them was when he was still chasing his IBF title and had to fight eliminations.

He fought in three eliminations and all of them abroad where he and his team believed they were robbed due to the other boxersâ€™ home advantage.

He said he told himself that he is not giving up and eventually he got it, the Junior Bantam IBF world champion.

His role model is his father, and his favourite boxer is Floyd â€œMoneyâ€ Mayweather. He loves to be at home most of the time and spending time with his choir members singing.

He goes to the gym every day of the week, during preparations in the morning with an hour conditioning class and afternoons.

He has a two-hour session with his technical team. Saturdays he has morning sessions and Sundays he rests. The 29-year-old has a close project that is close to his heart that fulfils his dream of ploughing back to his community which he profoundly spoke of.

â€œMy most prized project is giving back and training all the little youngsters that come to my gym in Mdantsane. This is the same age I was when I started. When they see me they are excited and are eager to learn. So, I decided to take this up fulltime when I am not in preparation for my fights.â€