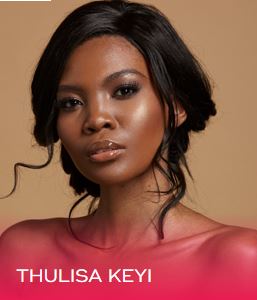 Thulisa Keyi graduated from the University of Cape Town with a BComm Accounting and PGDA and is doing her articles to qualify as a chartered accountant. The 26-year-old lives in Fourways but is originally from Mdantsane in East London in the Eastern Cape.

She is one of four children and says her mother has been her pillar of strength since her father was killed when she was 17.

She loves exploring new restaurants and markets in Johannesburg, reads and keeps fit at the gym. When she was younger, she used to do karate and can still count from one to 10 in Japanese. She loves pasta but her payday spoil is lobster thermidor.

Keyi has been crowned as Miss World South Africa 2018, and will also represent the country at the Miss World Pageant later in the year.